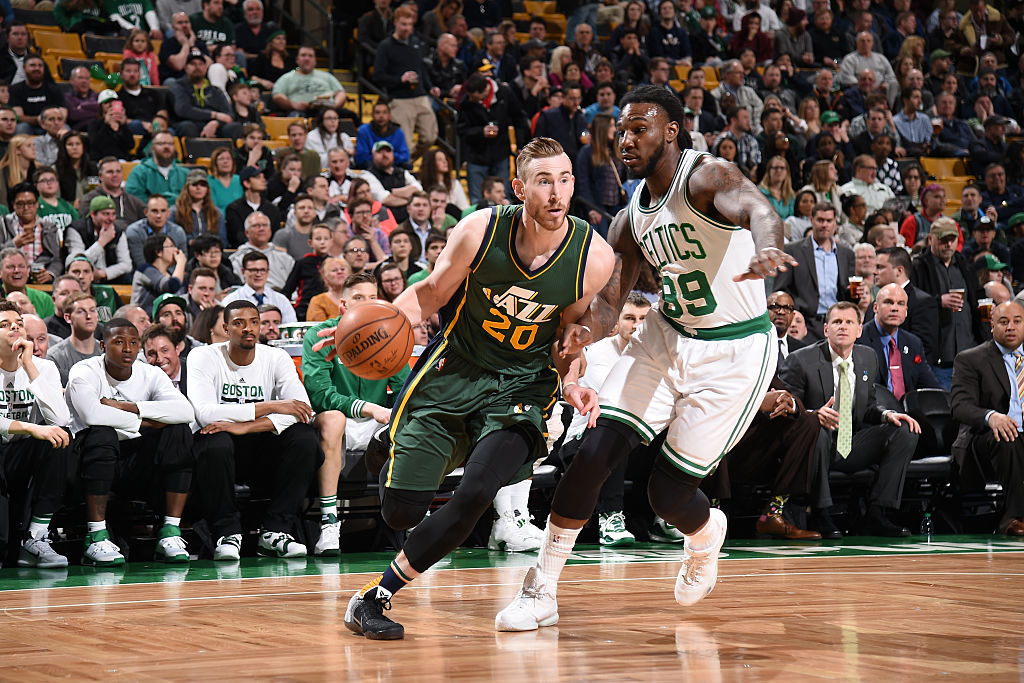 The Gordon Hayward free agency saga isn’t quite over for the Boston Celtics–they need to shed salary in order to make room for the All-Star’s four-year, $128 million max deal.

Marcus Smart and Avery Bradley are also said to be on the trading block.

The Jazz and Celtics discussed on Wednesday the possibility of including Crowder in a sign-and-trade agreement for Hayward, league sources said, which would be cap beneficial for Boston.

Ultimately, Hayward himself will have to agree to a sign-and-trade, which could be perceived as a farewell gift to the Jazz franchise that drafted and developed him into an NBA All-Star. Crowder had been publicly critical of the Celtics pursuit of Hayward during the 2016-’17 season, in part, perhaps, because he’d be the player most impacted by Hayward’s arrival.

The Celtics have to make a complicated series of moves to create enough space to sign Hayward to the full max. But because the salary cap did not rise as much as projected, they likely will have to trade one or more of those three players to sign Hayward. Sources said that Boston has discussed trade concepts involving Smart, Crowder and Bradley with at least half a dozen teams on Wednesday.