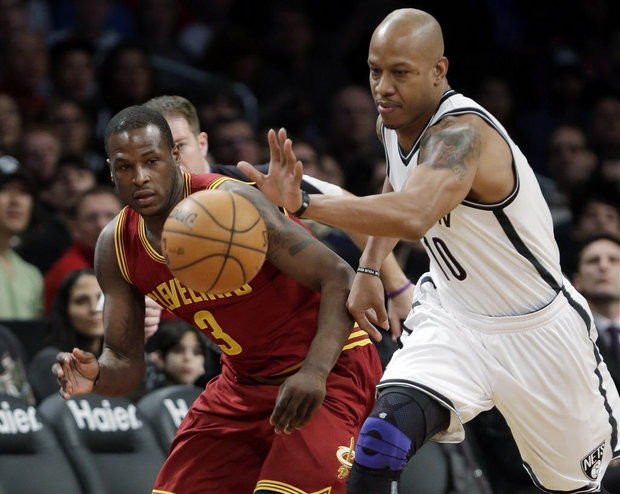 Two days before the start of training camp, the Boston Celtics and Cleveland Cavaliers swung a minor trade that lands veteran guard Keith Bogans in Ohio.

The Cavs will reportedly surrender the non-guaranteed contracts of John Lucas, Erik Murphy and Malcolm Thomas, in addition to Dwight Powell (whom Boston intends to retain.)

The combination of ‎Bogans’ contract being non-guaranteed both this season at $5.3 million and next season at $5.5 million — along with Brendan Haywood’s fully unguaranteed $10.5 million salary in 2015-16 — potentially gives the Cavs a combined $16-plus million in unguaranteed salary to dangle in trades for the 2015-16 campaign.

That’s a significant amount of cap relief to offer trade partners for Cleveland, which also acquired second-round picks from Boston via Sacramento in 2015 and ’17 that are top-55 protected.

Boston, meanwhile, gets a player it likes in Powell as well as second-round picks from Cleveland in 2016 and ’17. Sources said the Celtics also will create a trade exception worth $5.3 million as part of the transaction, which can be achieved by absorbing the various Cleveland players into existing trade exceptions.