Charles Barkley: ‘I Got Traded to the Lakers One Day in 1992’ 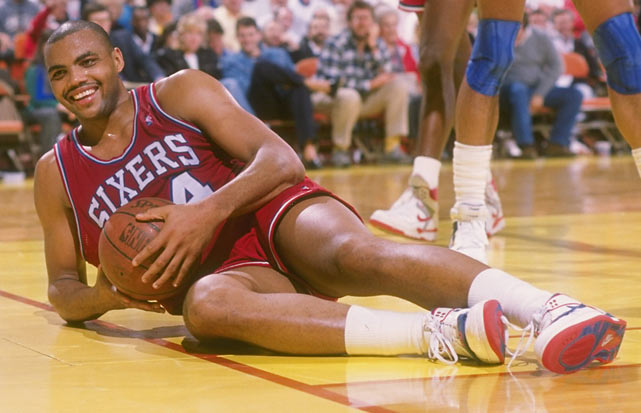 The Philadelphia Sixers dealt a miserable Charles Barkley to the Los Angeles Lakers during the 1991-’92 season, only to change their minds.

The following year, Sir Charles was sent to Phoenix in a blockbuster trade.

Barkley tells the story of the trade to Hollywood that was, and then wasn’t.

​​One of the interesting things about Jesse’s story was he talked and reported on your fitness level during your NBA career. I wonder if you had the best trainers in the world today, how much better would you have been? […] “Listen, I think after I got in shape in Philly, I was in great shape. I think I was in great shape in Phoenix. My first couple of years in Houston I was pretty good and after that I started breaking down. The only regret I have is I would have been traded out of Philly sooner because my last two years there were miserable. I was going to be traded every week. I finally had enough and said I’m not playing here anymore. So I would have left Philly two years sooner. They once had me on the cover of the Sporting News one year with six different uniforms because everyone was trying to get me.”

Was there any other team than Phoenix that was close to getting you? […] “I got traded to the Lakers one day [in 1992] and they retracted the deal. […] Yeah. The Sixers backed out. It was going crazy for two weeks so I knew it would come down to Portland, [the] Lakers or Phoenix. So I get a call from my agent one morning and he said, ‘Philly has traded you to the Lakers.’ So I went to lunch and started drinking. I’m f—ing so excited that I am going to the Lakers. Three hours later I get a f—ing phone call from my agent saying that the Sixers backed out of the deal. I said, ‘Oh, s–t, I’m feeling pretty good right now.’ So I went out and played that night.”

How did you play? […] “I played pretty well. I wasn’t blasted, just a couple of drinks at lunch. I mean, I was excited to get the hell out of Philly.”