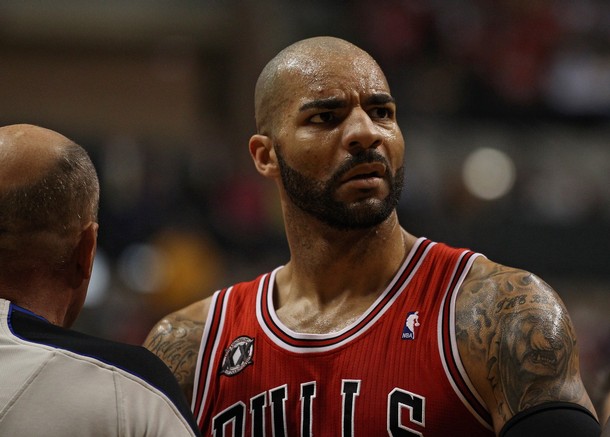 To the delight of most Chicago Bulls fans, the team parted ways with veteran forward Carlos Boozer on Tuesday by amnestying him. From the press release:

“Carlos epitomized professionalism in everything he did for the Bulls both on the court, and in the community, during his time here in Chicago,” said Chicago Bulls General Manager Gar Forman. “Over the last four seasons, Carlos’ productivity helped elevate our team to another level. I have nothing but respect for Carlos, and certainly wish him the best as he moves forward.”