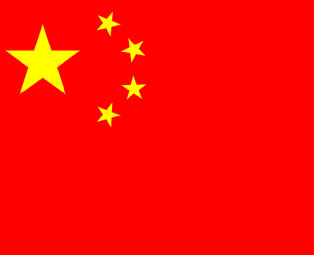 Bruce O’Neil has had more impact than other foreigner on China’s struggle to modernize its largely state-run basketball system. The CEO and founder of the Oregon-based United States Basketball Academy, O’Neil has been charged with training young players, coaches and referees as well as supplying each team in the CBA (Chinese Basketball Association) with two foreign players.

China’s disappointing 11th place finish at last summer’s World Championships showed how far China still has to go to have an elite basketball program. And O‘Neil‘s success at impacting the Chinese system illustrates that there is no magic bullet for Westerners to make it in China; you have to put in the time.

“We put all our effort into building relationships before we got our programs under way,” says O’Neill, who has been here over 50 times since 1997. “We’ve earned the trust and that’s why we can what we do.”

Over the past couple of years, O’Neil has focused on improving the quality of foreign players in China; there are currently several former NBA players here, including God Shammgod, Chris Porter and Somali Somake. But O’Neil says that turning Chinese teams away from lusting after an NBA pedigree was actually a big step forward.

“They all wanted NBA attached to a player but too many of those guys were too old and a little washed up and wanted to pick up a check,” says O’Neil. “They weren’t all good ambassadors for the game. The former NBA guys here now are not like that. Over all, we’ve gotten younger, more athletic players and being here is more viable for them now because a lot of NBA scouts have entered the market.”

The foreign CBA players were all selected and signed in a week-long camp held last summer at the USBA’s Oregon campus. Over 80 players were there, performing under the watchful eyes of CBA officials who held a draft at the end of the week. Players were offered contracts on the spot and had to decide then and there whether or not to sign.

O’Neil sounds proudest and most excited of his work with China’s younger players. Last year the USBA began a new project to bring 14-17 year old kids from the CBA’s junior teams to the USBA for five months of training.

“We had 12 in the first year and will have about 50 this year,” says O’Neil. “They undergo intensive basketball training covering everything, but it goes far beyond that. We have them on a strict dietary supplement, which is high in protein and carbs, and we do a lot of strength conditioning, because one of the biggest deficiencies in young Chinese players is their strength. The kids take full English courses n our schools too.

“Our biggest fear was they would get homesick, but they loved it and they go back with a lot more pride and confidence.”

Despite that progress, Chinese coaches must learn new ways to operate in order to really affect change in a system that emphasizes hours of endurance training over basketball skills. “That’s the way things have to change in China and that’s why we had seven coaches here with the kids,” says O’Neil. “They learned modern techniques and a system they could take back and utilize.

“Things used to move slowly here but now they move very quickly. Things change daily in China now. I foresee gradual improvement until after the ’08 Oympics, which will remain by far the focus of the sports world. After they are completed and people start looking to the future… who knows what can happen with the growth of basketball in China?