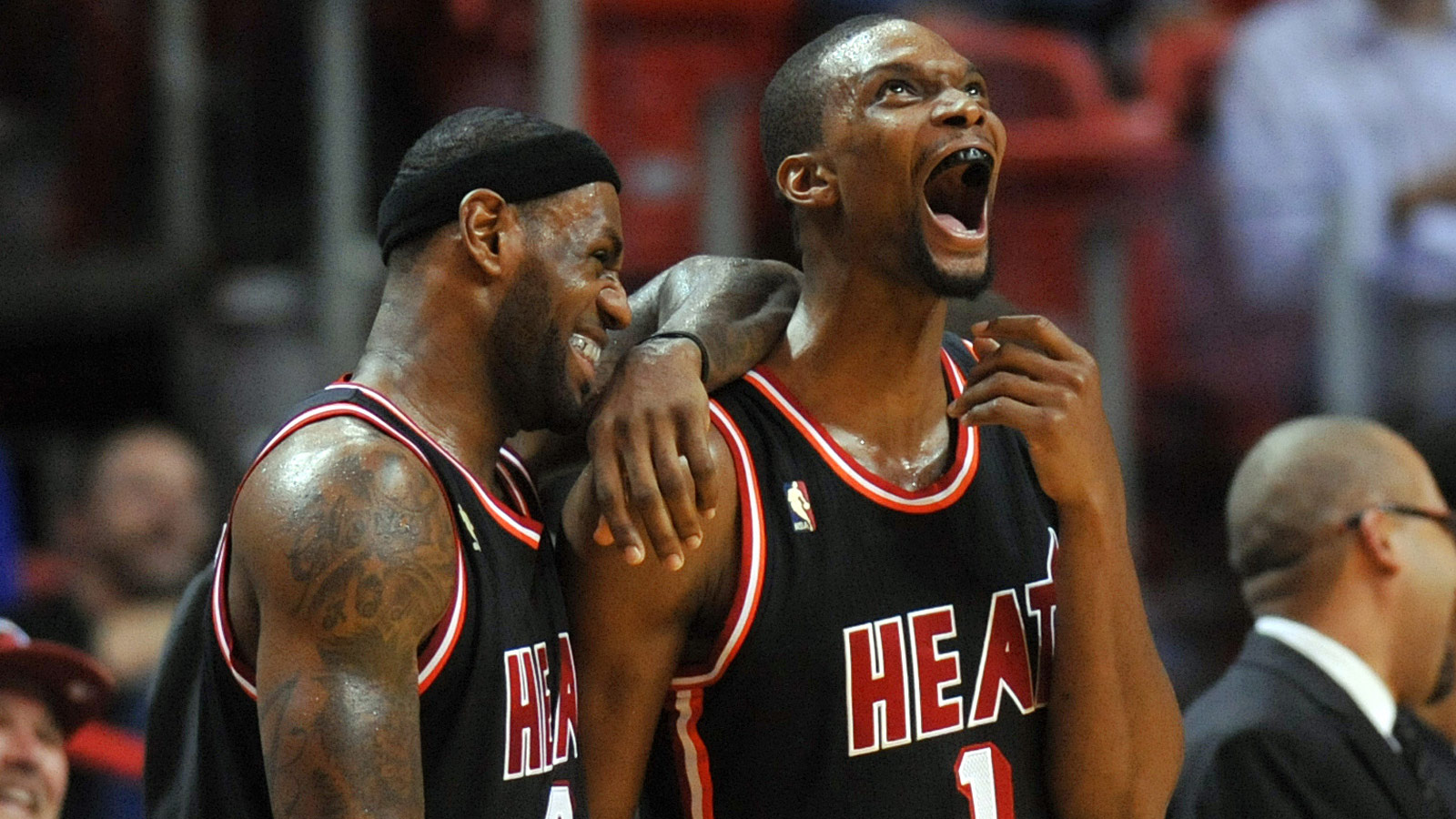 According to Chris Bosh, the Miami Heat can still contend for an NBA championship despite the absence of the guy mostly responsible for their last four consecutive trips to the Finals.

Bosh made ears perk up Tuesday when he told the press that he hasn’t spoken to former teammate LeBron James since the latter re-joined the Cleveland Cavaliers this summer.

The Heat and Cavs are set for an overhyped preseason clash Saturday night in Rio de Janeiro.

Asked by reporters if he had talked to his former teammate since James’ decision to leave the Heat, Bosh answered a succinct, “No.” […] As to whether he was looking forward to seeing James on Saturday at the game in Rio de Janeiro, he replied with a lukewarm, “Yeah … I don’t know.”

“I’m in the mode where I’m trying to lead my team, help these guys out around here,” he said. “If guys aren’t in this locker room, I don’t have much time for them — if any.”

“Everybody’s going to hype it up, and it’s going to be a big deal,” Bosh said. “But for us, it’s just another opportunity to get better. We know everything that’s surrounding the situation, and it is what it is. As far as we’re concerned, this is our team, this is what we’re trying to build toward, the past is the past, we’re moving on, and it’s good to get this out of the way.”