Chris Bosh: ‘I’m Kind of Getting the Taste of Retirement’ 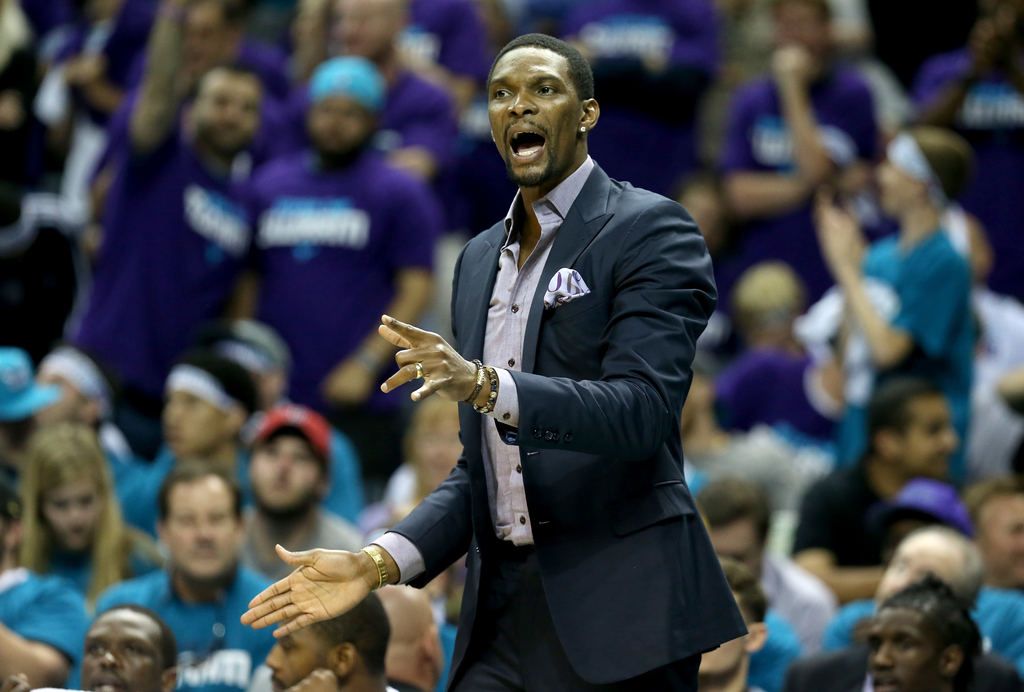 Chris Bosh is getting a “taste of retirement” at the age of 32, and says he doesn’t know what the future holds.

The 11-time NBA All-Star’s career has been derailed by complications related to blood clots, and now he’s trying to figure out a way forward.

Chris Bosh talks about getting a 'taste of retirement' https://t.co/uOtm2t4Z3h

The Miami Heat are expected to waive Bosh sometime after February; he’s owed $76 million for this and the next two seasons.

“For me, I kind of just follow my passions and follow what I love to do and use my free time to kind of answer those questions and go through my bad moods and maybe a little light case of depression,” Bosh said. “Really, to search for what I’m looking for. And I’ve come to some interesting conclusions. It’s all about following my heart and what made me happy.”

Bosh had his 2014-15 and 2015-16 seasons cut short at the All-Star break after the discovery of blood clots. He missed the last 30 games of the 2014-15 season because of the first known occurrence of the clot issue, and the last 43 games — including playoffs — last season after a second separate situation.

Bosh said “there’s still a lot of things” that he has to figure out. […] “I’m still learning more about myself and my situation, and really off the court how to function there because I’m kind of getting the taste of retirement now,” Bosh said. “Just trying to navigate those waters because it gets a little complicated sometimes. … Hoping one day that the stars align and I figure some things out and things kind of just go my way and I’ll be able to do what I want to do. I don’t know what that is yet.”

Related
Chris Bosh: ‘I Didn’t See My Career in Miami Ending Like This’