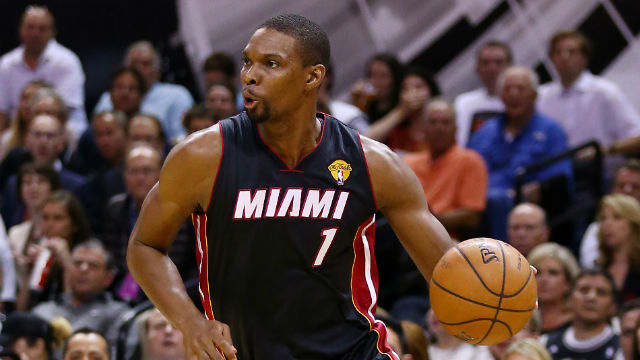 The Houston Rockets came hard after Chris Bosh during free agency this past summer, and he was tempted to leave South Beach.

After LeBron James bolted for Ohio, the Miami Heat had no choice but to offer the big fella the full max deal.

Bosh did what any other smart businessman would do – he took the money and stayed.

“I still had to finish conversations with the Heat,” Bosh said of those hectic hours on July 11, when he handled his negotiations by phone from Africa, where he was on a vacation and promotional tour. “Everybody was aware, all parties were aware. It was always continuing conversations. I never made any commitments. I never wanted to put anybody in the position to make them feel like I said something and I reneged on the whole thing. So I just kept it open.

“LeBron made his choice and then that kind of cleared things up, as far as negotiations are concerned.”

“It’s always business,” he said. “Nothing is ever personal. I think 100 percent of those dudes would have taken the deal I took.” […] “It’s not always about money,” Bosh said. “But you do want your full market value. If you work your butt off to get to a certain point, you want to be rewarded for that.”