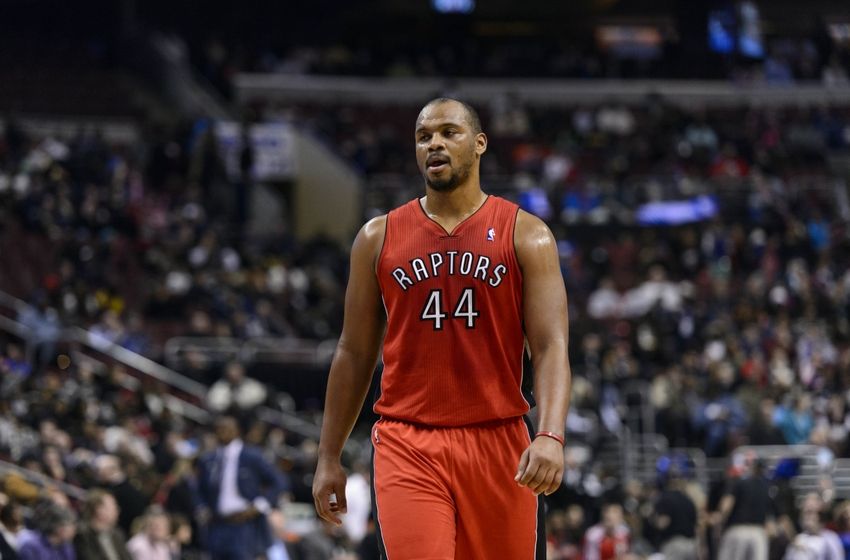 Free agent center Chuck Hayes is returning to Houston, having reportedly reached a one-year deal with the Rockets.

Hayes, 32, appeared in 29 games for the Toronto Raptors last season.

The big fella spent the first six years of his NBA career in H-Town, averaging 4.4 points and 5.8 rebounds with the Rocktes.

Hayes will receive a partial guarantee on a one-year, veteran’s minimum contract worth roughly $1.5 million. Talks had been ongoing for several weeks, but the Rockets and Hayes had agreed that he would return to the team soon after the team created roster space with the deal for guard Ty Lawson.

Hayes’ agent, Calvin Andrews, said last week that Hayes was close to returning to the Rockets, saying then than an agreement was imminent. […] “They know and appreciate his game more than anyone,” Andrews said then. “It’s a great time to come back home.”

Hayes has not yet signed, but the Rockets will look to sign him before they can sign rookie Montrezl Harrell, if they are to use any of their remaining mid-level exception money on Harrell. The Rockets also have made an offer to guard Jason Terry, who is considering his options, and would also have to sign Terry before Harrell.