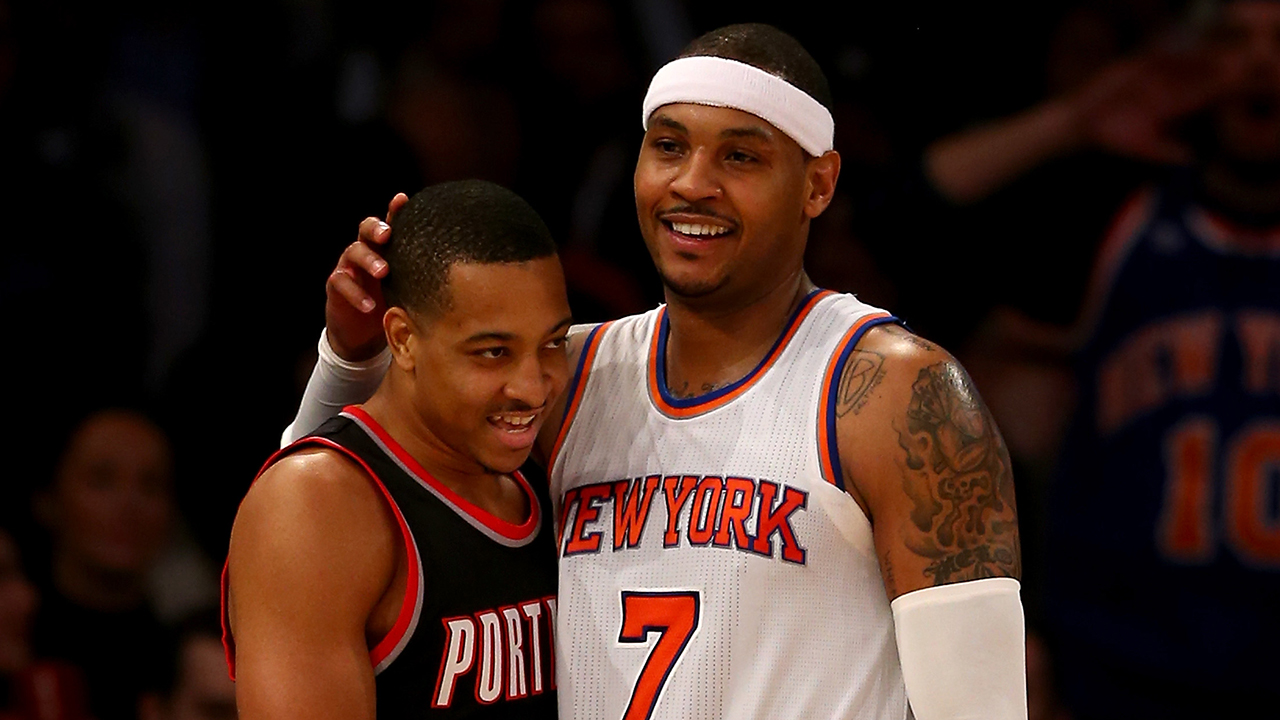 Blazers guard CJ McCollum thinks the Portland Trail Blazers would be “a top-three team in the West immediately” with Carmelo Anthony.

While guesting on SiriusXM NBA Radio on Wednesday, McCollum stated that Portland would become a championship contender with Melo (starting at 0:33):

“We get Carmelo Anthony, and we’re a top-three team in the West immediately.

“But I think we could compete with anybody with Carmelo Anthony on our team.”

Whether or not Carmelo would waive his no-trade clause for a team other than the Rockets or Cavs still remains to be seen.

But McCollum and Damian Lillard seemed confident in Portland’s chances of landing Carmelo while at Dame’s annual basketball camp in Beaverton yesterday.

RELATED:
Report: Carmelo Anthony Not Interested in Staying with Knicks