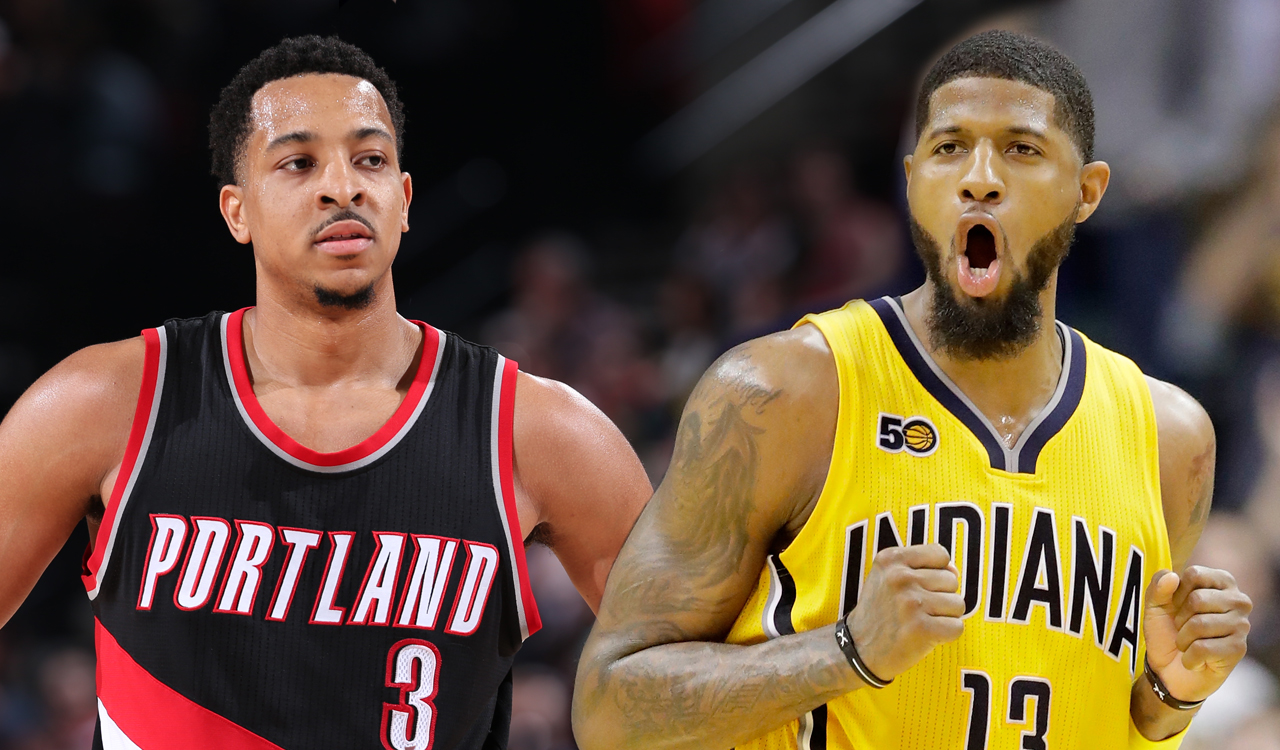 Last week, Blazers guard CJ McCollum was asked on twitter who he thinks Portland should go after in the offseason.

George has been the subject of trade rumors for seemingly the past year, and the Pacers reportedly were listening to offers prior to February’s trade deadline.

CJ opened up a bit about his desire to play with George during a conversation with Taylor Rooks this week in New York:

“Paul George is the homie. He’s with Nike. I’ve had some discussions with him about the season, and what it’s like to go from… He was behind Danny Granger for a while. [Granger] gets hurt, and then he comes up and becomes a star and kinda takes over.

“So just talking to him about his mindset. He would look good in red and black that’s all.

“It takes a lot more than one good player, two good players, three good players. You need to have a collective unit. Obviously, Paul George would help any team in the NBA.”