Clippers Had ‘Multiple Discussions’ About Building Arena In Inglewood 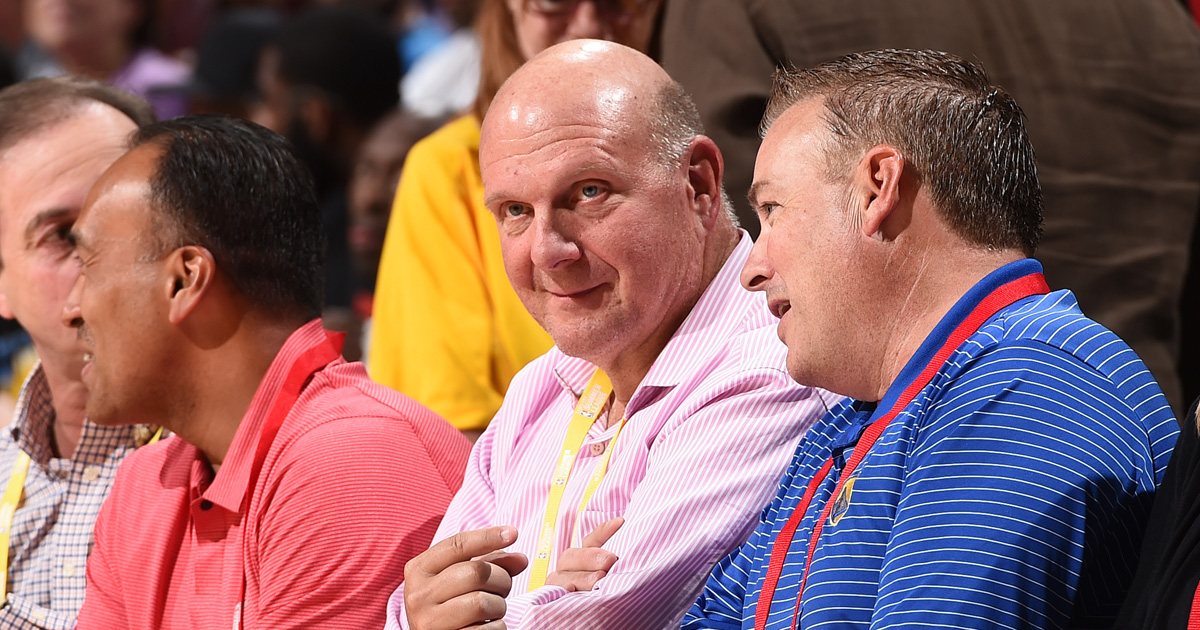 Clippers owner Steve Ballmer is reportedly interested in building an arena for the Clippers in Inglewood near the Rams’ new stadium.

Ballmer and Kroenke representatives in talks to bring Clippers to Inglewood https://t.co/3yAEUrz4TK@

While the Clippers’ lease at Staples Center runs through 2024, Ballmer has long expressed a desire to move the team.

Inglewood is reportedly just one of multiple sites the Clippers are exploring, according to the L.A. Times.

Representatives of Steve Ballmer and Stan Kroenke, two of the richest owners in professional sports, have had multiple discussions about the Clippers joining the Rams and Chargers in the sports and entertainment district Kroenke is building in Inglewood.

Five people with knowledge of the conversations told The Times the arena could either be on the 298-acre site or an adjacent parcel. Either way, an arena would drive traffic to the planned mixed-use development and share parking with the $2.6-billion football stadium scheduled to open in 2019.