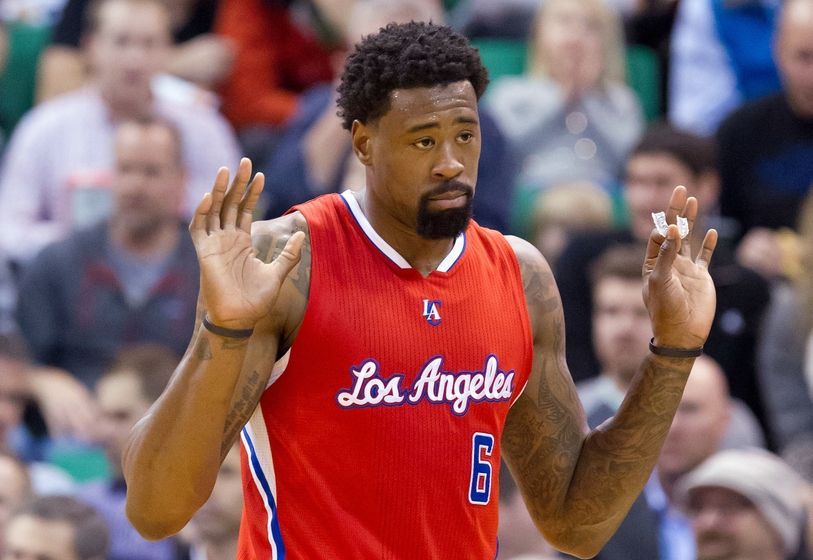 The LA Clippers eventually got their big fella back, but it’s going to cost them a bit of coin.

The NBA announced Tuesday that the Clips have been fined $250,000 for violating Anti-Circumvention Rules during their free agency pitches to DeAndre Jordan this summer.

Apparently the Clippers offered DeAndre Jordan an endorsement deal with Lexus for $200,000 a year that NBA frowned upon, per source.

Jordan, after infamously de-committing from a verbal agreement with the Dallas Mavericks, agreed to a four-year deal with the Clippers.

The NBA announced today that it has fined the Los Angeles Clippers $250,000 for violating NBA rules prohibiting teams from offering players unauthorized business or investment opportunities.

The violation involved a presentation made by the Clippers to free agent DeAndre Jordan on July 2 that improperly included a potential third-party endorsement opportunity for the player. While the NBA’s investigation ultimately concluded that the presentation of this opportunity had no impact on Jordan’s decision to re-sign with the Clippers, the team’s conduct nevertheless violated the league’s anti-circumvention rules.

The NBA’s anti-circumvention rules prohibit teams from, among other things, providing or arranging for others to provide any form of compensation to a player unless such compensation is included in a player contract or otherwise expressly permitted under the CBA.