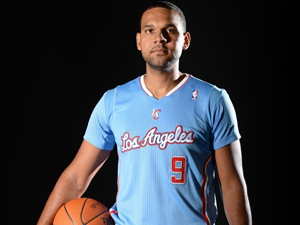 In exchange for swingman Carlos Delfino and center Miroslav Raduljica, the LA Clippers have sent Jared Dudley to the Milwaukee Bucks.

The Clips are also said to be tossing in a future first-round pick to make the deal work. Per Yahoo!:

I just wanna thank the clippers organization for everything.. It was a privilege to play for them.. I only wish I could of been 100%.. I wish them nothing but luckhttp://t.co/htSNdaOkMG