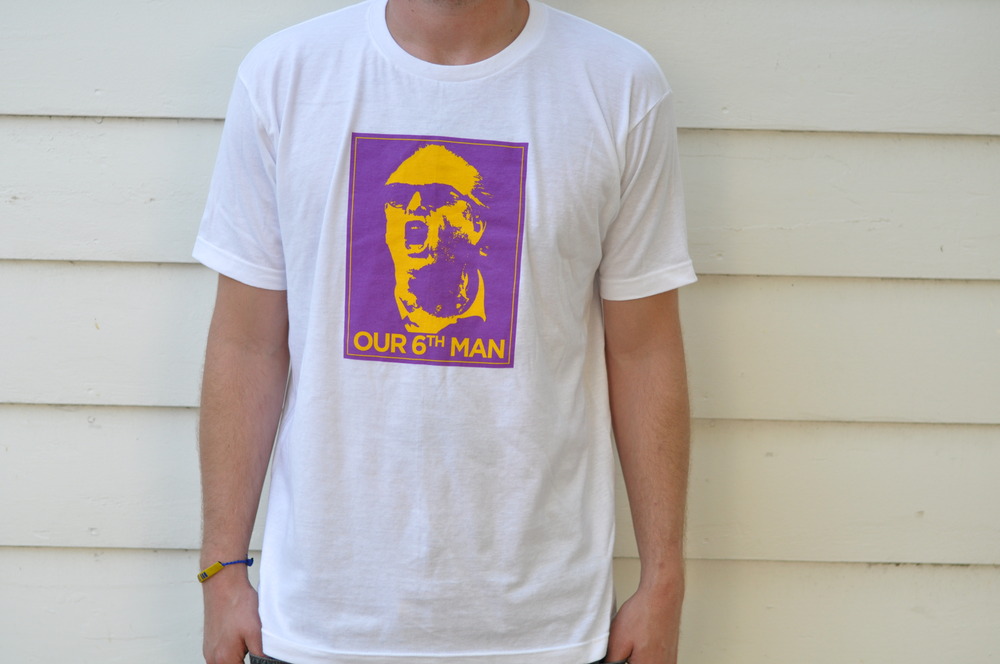 It’s been quite an unreal summer for the Los Angeles Lakers. After getting booted in five games by the eventual Western Conference Champion OKC Thunder, everybody in Laker land—Kobe, Pau, Mike Brown, Metta, Andrew Bynum, Mitch and everyone else—took some time to reflect and asses the situation. Five games? Really? After all, it was Laker land, where anything less than an NBA Finals appearance is considered not only a failure, but a travesty. Especially when you have Kobe Bryant anchoring the ship.

So, what did Mitch Kupchak do? He went back in the lab and, you know, acquired legendary PG Steve Nash, still-capable swingman Antawn Jamison and arguably the best defensive center in NBA history in Dwight Howard, all while retaining skilled big man Pau Gasol. Just like that, the Hollywood buzz was revived. And just like that, order was restored; on paper, L.A. is one of the four best teams in the League once again.

Apparel company Our 6th Man has created a line of fresh series of t-shirts featuring the one thing that seems to have always been steady for the Lakers: actor/mega-fan Jack Nicholson. Here’s your chance to win one.

All you have to do to enter the contest is leave a comment below with a prediction of how far the Lakers will go next season and why. Will Nash, Kobe and Dwight make the Finals in their first season together? Will they get booted in the early rounds again? You tell us.

Three winners will be picked by this Friday, August 31, and contacted early next week. Good luck!