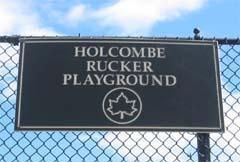 Caught in a holiday weekend time warp the past few days, I’m just getting around to updating you good people on Friday’s Elite 24 high school showcase at Rucker Park and posting my thoughts on the World Championships. I’d appreciate it if you’d just accept that and move on.

Oh, hey, did I mention I need a new Sidekick 3? T-Mobile? Anyone?

First, back to Friday night, when some of the nation’s best prep ballers stepped onto the legendary Rucker blacktop for the Elite 24. Props to my peoples Chris Rivers (the grassroots kingpin) and former SLAM ad slinger Kris Stone for making it happen. I could hate on them on some truth-in-advertising — billed as a game featuring the best 24 high school players in the country, it would’ve been more accurate to say it was 24 OF the best — but I won’t, because they pulled it off, doing a great job of bringing some really, really dope players together regardless of sneaker affiliation. And anybody who knows anything about the high school hoop scene knows that’s damn near impossible.

Anywhere, while dodging sporadic sprinkles and our man Bobbito’s incessant sideline commentary, I took a couple notes. Considering how many of these guys will be millionaires in a few years, it’s in your interest as basketball fans to pay some attention:

-Texas big man DeAndre Jordan is a beast. Dude is a black hole for runners, floaters, short jumpers and layup attempts. He makes Ben Wallace look lazy and meek. Well, not really, but you get my point.

-Kyle Singler is fresh, enough so that some people think Kevin Love is only the second-best white boy in Oregon this year. We will stand by our man, but we are not mad at Kyle.

-Tyreke Evans… we were pretty critical of dude all night, because he’s pretty easily the most hype player in the 2008 class, and he didn’t show much of anything, just a couple crossovers that looked good but didn’t go anywhere. Then, after the fact, we found out that Tyreke’s father apparently died Friday night, actually while Tyreke was playing. It’s not clear whether ‘Reke knew about it at the time, or if his dad was sick or if it was something sudden — regardless, we’re certainly giving this very talented kid a pass, and wishing the best for him and his family. And for what it’s worth, based on a resume he’s built up over the past few years, we’re still expecting big things from him.

-Yes, we’re biased, but probably the night’s highlight from Bobbito’s running sideline commentary came in the first half, when Bayless converted and was fouled, then had a friendly bout of trash talking with our man KLove at the foul line. Bob couldn’t hear what they were saying, but he made up the convo anyway: “Yeah, my man Bayless. He’s like, ‘You got a journal in SLAM magazine, I don’t care.” Good to see Bob is paying attention.

-Mike Beasley is no joke. At all. As Ben Osborne reminds me during the game, dude is essentially ambidextrous, and SO smooth with that left hand. Ben and I spent a decent amount of time trying to figure out an accurate comparison, and I got a text message from Ben later in the weekend that read: “Beasley = way better Rodney Rogers.” It may sound like faint press, but it’s kinda on-point, and if you really think about it, a “way better Rodney Rogers” is a pretty good NBA player, and probably a superstar in college. Don’t say you weren’t warned.

-Due to his handle, L.A.’s Brandon Jennings is Bob’s favorite player. As DJ Cucumber Slice points out at one point, “You don’t have to shoot ever again. You’re not from California. You must have spent some time in Harlem.” We were sitting up in the stands with Brandon’s mom, and she was enjoying it. Rightfully so. Her Oak Hill-bound son is dope.

-Rucker Park regular Lance Stephenson Jr (remember him from SLAM 100) and Dexter Strickland were beefing kinda hard for a few possessions, and it was good for the crowd. Considering the crap weather — borderline cold and threatening rain all night — it gave us something to get excited about. It also reminded us of Lance and OJ Mayo going one on one at ABCD Camp last year, and just in general what a short fuse Lance has when he plays. Dude plays with SO much emotion, and as talented as he is (and a nice kid, too) we’re hoping he keeps it in check.

-Cole Aldrich is ridiculous. The 7-foot white kid from Minnesota is an understandable novelty at the Rucker, but he ends up with like 30 monster dunks. You watch a kid like this, then think back on, say, Will Purdue’s NBA career, and you figure Cole might be in the League for a LONG time.

-Steve Nash walked in midway through the game. As Bob says. “He looks like he just came in from fishing.” Actually, he looks like a well paid hipster with a Nike endorsement deal. Which he essentially is. Among the other NBA sightings: Smush Parker, Kenyon Martin, Travis Best (in Celtics shorts and a cashmere hoodie, randomly enough), along with honorary game “coaches” Jason Kidd (with the whole fam in tow) and Ben Gordon.

-Sometime in the second half, we noticed that JJ Hickson of Georgia had about 40 points. And Bjennings has
about 13 dimes.

-The game gets SERIOUS at the end, staying close and with both teams really wanting to win, which always makes all-star-style runs like these better to watch. In the closing minutes, Lance Stephenson catches Kevin Love with an elbow that may or may not be inadvertant. Kevin is pissed, and the butterfly bandage on his lip after the game tells us why.

Not that it really matters, but the “blue” team won the game 141-139. Mike Beasley was beastly with an official 26 and 9, and he split team MVP honors with Bayless, who dropped a memorable 15. For the “white” team, Hickson went for 34 (our previous exaggeration wasn’t off by much) and split the MVP with Jennings, who scored a dozen to go with his 15 dimes. Overall, a really good game that finished about 30 seconds before the rain began in earnest and, despite missing big names like OJ, Bill Walker, Derrick Rose and Eric Gordon, did feature some incredible talent and soon-to-be household names. Glad I made it up there.

HEY, LOOK, BREAKING NEWS THAT SOMEBODY FROM ESPN DIDN’T REPORT: Its’ about 4:15 Wednesday and I just got off the phone with Mike Beasley, who told me he’s going to Notre Dame Prep starting… tomorrow. This may be news to the folks at Oak Hill Academy, who thought he was coming there. It may also be news to the rest of the world, because I haven’t read it anywhere else yet. I’d tell you to call me Scoop, but I think somebody’s already got that name.

MOVING on… from Harlem World to the actual world, here’s my thoughts on the World Championship tournament that the US team did not win. One, yeah, I was bummed when I woke up Saturday morning and checked the score of that Greece game. Not because of any sense of patriotism, but becasue I know and like a lot of the dudes on the US squad. Two, yeah, I was proud that they played hard and well to win the bronze. Three, they were undeniably a better and more together team than their predecessor from 2004, which I credit both to the absence of Larry Brown and a general sense of lessons learned. All that said…

Call it excuse making if you want, but I still don’t think enough is said about the differences between the NBA and international games. My comparison, which I’ve been annoyingly spouting around here for a couple days now, is this: Imagine if, say, the Pittsburgh Steelers were told they had a couple weeks to prepare before playing the Arizona Rattlers in an Arena Football League game. They’d be on one of those hockey-rink size fields, with AFL refs, returning kickoffs off the nets and everything. Who do you think would win? Logic saying the Steelers are substantially better football players, and generally bigger, stronger and faster than their AFL counterparts. But given the nuances of the game, I think I’d take the Rattlers. Of course, if you gave the Steelers enough time to prepare, they’d straight dominate, because the nuances would be negated by the fact that the Steelers have some of the best players in the world and the AFL guys are generally good football players who weren’t quite good enough to make the NFL.

Honestly, aside from the fact that NBA MVP candidate Dirk Nowitzki couldn’t get his German team anywhere near a medal, the final game of the Worlds made this point better than anything I could say: Greece — after beating the star-studded US squad — gets blown out by a Spanish team lacking its best player (Pau Gasol, a legitimate NBA star). Do we take that to mean that a Gasol-less Spain would then beat the US by 50? Well, maybe in Japan, but in the NBA, if a team featuring Navarro, Calderon and Gasol’s Little Brother played a team featuring Wade, James, Anthony, etc in a best-of-7 series, they’d lose four straight, and by an average of 30 a night. I know this to be true, and so do you.

The point? Only that the int’l game remains a separate animal, and that the relative lack of outrage here makes it clear how little we really care about our standing in competitions like this one. USA Basketball as an entity says it cares, and is making moves to prove it; assuming they continue to build an actual program and we run things in ’08, they’ll look smart. And if we fall to Greece or some similar minnow in two years, most of us still won’t care all that much. I could go off on an arrogant-sounding rant about how we essentially invented (and undeniably perfected) the game, and how ludicris it is that we’ve got to play the rest of the world by their rules, but I won’t. I’ll just say that anybody who knows hoops and doesn’t understand that the game is played at its highest level on 29 gyms in North America doesn’t actually know hoops at all.

But enough of all that. Basketball is dead to me for the next six weeks or so, starting with an emphatic double-header this weekend. Everton (my “football” team) plays the most popular pink-clad, Spanish-speaking team in all of Sweden (aka Liverpool FC, aka “the shite”) Saturday morning. If you don’t follow European football, it’s called a “derby” and pronounced “darby” and means “a bigger rivalry than you can imagine,” and I’m sweating it already.

A couple hours later, Penn State (my other football team, also my alma mater) plays Notre Dame in South Bend. My Nittany Lions have won 15 of their last 16, while the Irish and their girlie-haired offense are mysteriously ranked in the top 5. I really need to go 2-for-2 on Saturday. Also, I need a new Sidekick. Make 3-for-3.