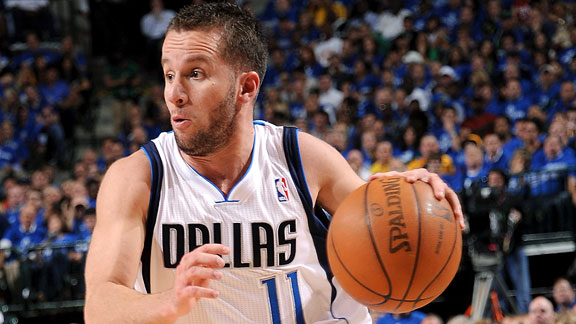 Veteran guard JJ Barea wasn’t out of a job for long – the Dallas Mavericks brought Barea back into the fold Wednesday.

The Minnesota Timberwolves cut Barea loose this week, and once he cleared waivers, the Mavs picked him up.

The Dallas Mavericks announced [Wednesday] that they have signed free-agent guard Jose Juan Barea. Per team policy, terms of the deal were not disclosed.

Barea (6-0, 185) spent the first five years of his professional career in Dallas and was a member of the the Mavericks’ 2011 NBA Championship team. He averaged 9.5 points, 3.9 assists and 20.6 minutes during the 2010-11 campaign, while helping Dallas capture its first NBA title.

The former Maverick played 315 games in a Dallas jersey averaging 7.1 points and 2.9 assists. Barea also saw action in the NBA playoffs each of his five seasons in Dallas, accruing averages of 7.7 points and 3.0 points in 40 postseason games (seven starts).