Damian Lillard Doesn’t Want to Be Compared to Stephen Curry 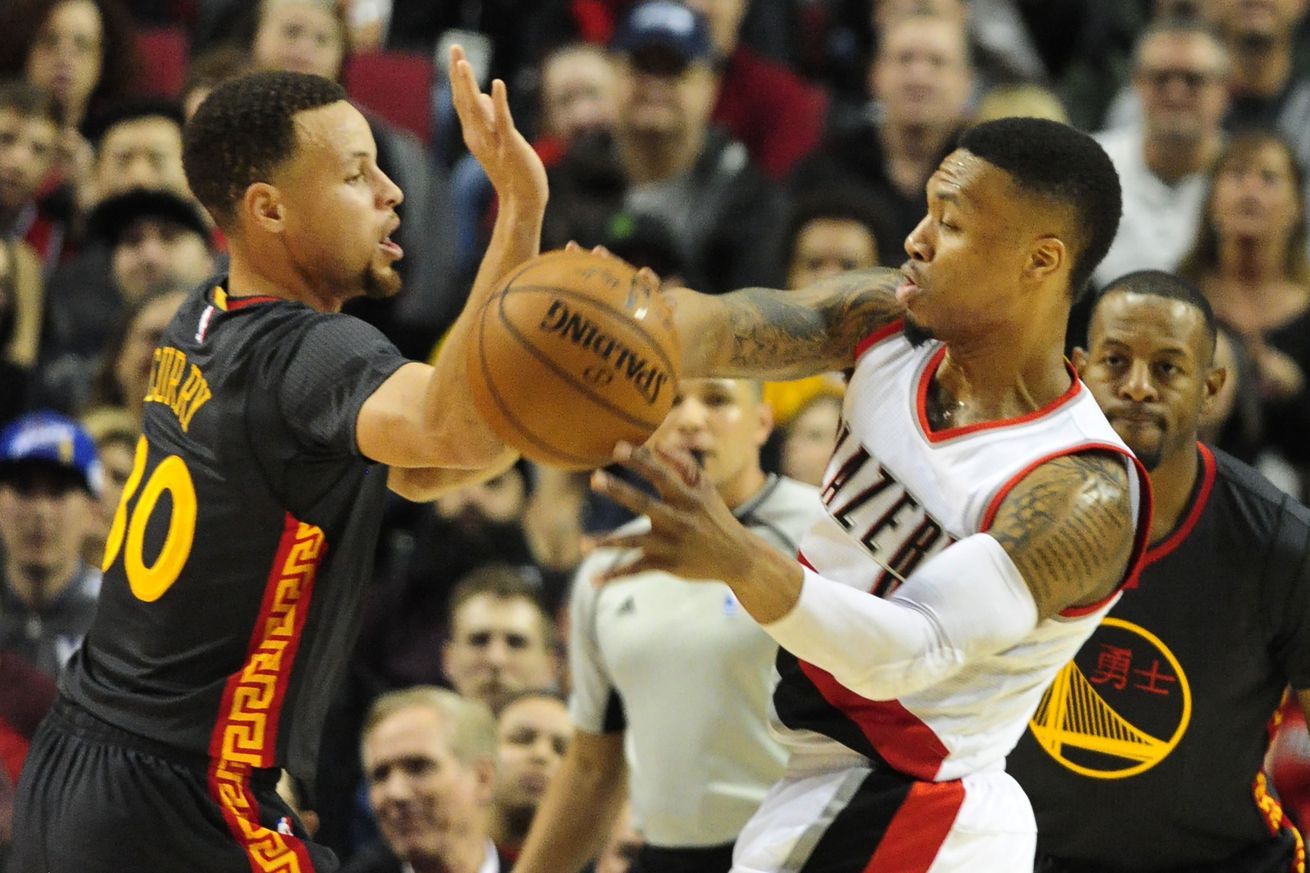 Following the Portland Trail Blazers’ 111-102 road win Sunday night against the Indiana Pacers, during which Damian Lillard erupted for 33 points (including five three-pointers), a reporter joked that Dame was “playing like Stephen Curry” in the first quarter.

The ever-proud Lillard quickly shot down the suggestion, and said he doesn’t want to be compared to the MVP, or anyone else for that matter.

"I was being Damian Lillard." — @Dame_Lillard responding to a question about "playing like Stephen Curry" in the first quarter

Lillard, 25, was ridiculous in February with an average of 29.8 points a night and led Portland to a 9-2 record.

A player putting up these kind of numbers for a surprising upstart team would usually be enough to earn a number of accolades, though that hasn’t been the case for Lillard this season due in large part to the play of Warriors guard Stephen Curry, who has followed up his MVP campaign in 2014-15 by putting up historic numbers on a team that could very well break the record for most wins in a season. Though Curry wasn’t the reason Lillard was left off the 2016 All-Star team, he did beat him out for the most recent Player of the Week award and is likely to do the same when Player of the Month for February is announced within the next few days. That might be disappointing, but there’s certainly no shame in it.

Then again, Lillard isn’t trying to be in anyone’s shadow, and he’s definitely not going to take being considered a lesser version of one of his contemporaries as a compliment. So when asked if his 20-point performance in the first quarter of Sunday night’s victory versus the Pacers in Indianapolis was an attempt at “trying to do an impersonation of Curry,” Lillard responded in is typical, straight forward manner.

“I don’t impersonate anybody,” he said with a twinge of annoyance. “I was being Damian Lillard.”