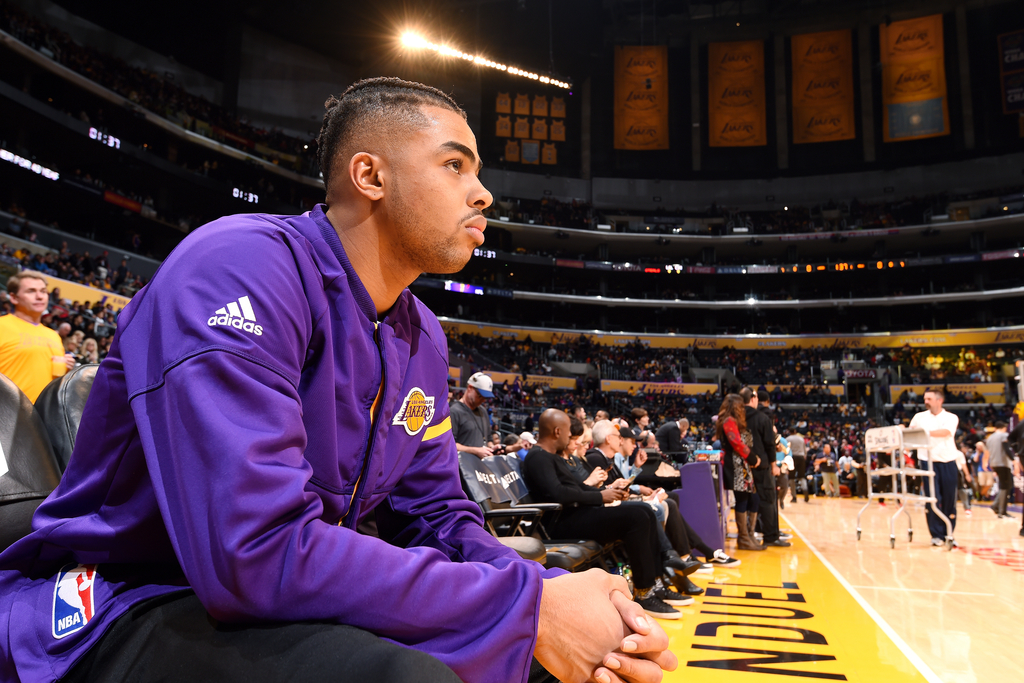 D’Angelo Russell says he wants to lead the Lakers back into the Playoffs this season, then the NBA Finals in 2017-18.

The second-year point guard is currently recovering from a left knee injury.

Per Silver Screen and Roll:

According to Russell himself, however, making a run for the playoffs is just part of his grander plan for Los Angeles. In a larger feature story on his relationship with his father appearing in ESPN the Magazine, Russell made it clear to Baxter Holmes of ESPN that he has high aims for the Lakers):

Related
D’Angelo Russell: ‘There’s Freedom in Kobe Not Being Around’