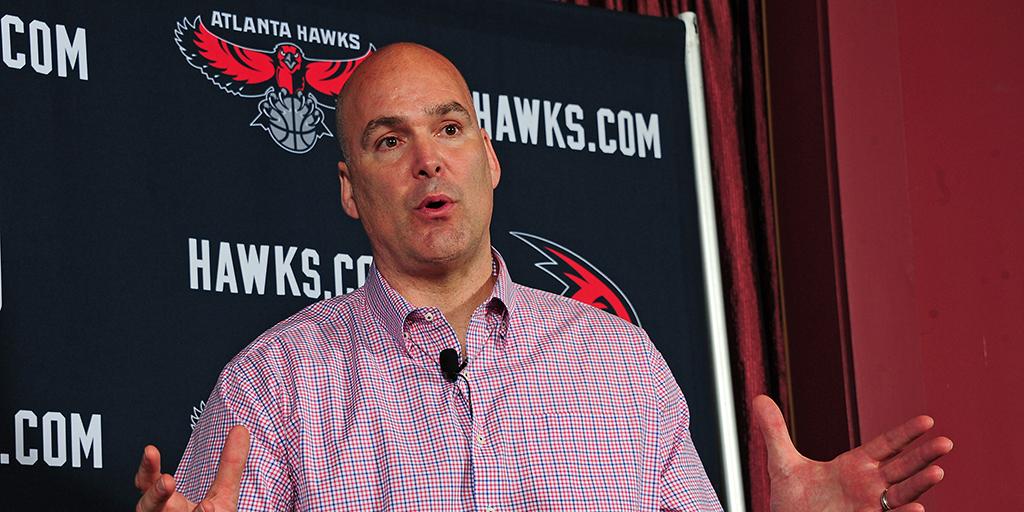 As had been expected, the Atlanta Hawks announced Monday that general manager Danny Ferry has resigned after getting bought out.

UPDATE: Danny Ferry has stepped down as General Manager of the team. pic.twitter.com/Bvue1r3Jaj

Ferry was caught on audio sharing derogatory remarks about Luol Deng’s African heritage last summer, and that was the beginning of his end in The A.

Ferry says he is relieved.

From the press release and the AJC:

Prior to today’s announcement, the Hawks organization retained a highly respected law firm, Alston & Bird LLP, and specifically a team led by senior partner Bernard Taylor, to investigate whether the remarks were racially motivated. Investigators conducted 19 witness interviews, including interviews of Ferry and several Hawks owners, and reviewed the contents of more than 24,000 emails, including every available work email sent or received by Ferry in his capacity as General Manager. The investigation by Alston & Bird made clear that the offensive language was not Ferry’s and none of Ferry’s remarks or behavior during the call were motivated by racial or ethnic animus, or by a person’s country of origin. To the contrary, Ferry shared his own opinion of Luol, recommended him both personally and professionally and ultimately tried to sign him to the team. The investigation revealed no other negative information on Ferry.

Q. We reported that the Bernard Taylor investigation cleared you of any racial animus regarding your remarks about Luol Deng. Do you feel vindicated?

A. “That’s not really for me to say. But I do feel relieved. I’ve been asking the Hawks for many months to release the results of the Taylor investigation because I wanted everyone to have those facts. For whatever reason, the team refused to release the results until after the season ended. The Taylor investigation included 19 interviews of Hawks owners and employees, and a review of 24,000 emails—including every one I wrote and received as general manager. Both the Taylor investigation and a parallel but independent investigation by the NBA found no negative information about me and not a single incident where I exhibited racial bias during my tenure. Now, does that make my comments about Luol okay? Absolutely not. The words I used from the scouting report came out of my mouth and they were totally inappropriate. I am deeply sorry and take full responsibility.”