Jim O’brien’s rotations have become increasingly frustrating for the young point guard. From the Indy Star: “Collison, a star in the making, was supposed to be the starter, with veteran T.J. Ford backing him up and second-year man A.J. Price getting sporadic minutes, as needed. It hasn’t played out that way the first seven weeks of the season. Pacers coach Jim O’Brien has added in some theatrics by using a few unconventional rotations. Collison has sat in the fourth quarter at times while Ford played in crunch time, which has frustrated him. Friday night in Atlanta, he sat the entire fourth quarter in favor of Price, which really hurt, Collison said. ‘I don’t know why I didn’t play,’ said Collison, who has started all 19 games he’s appeared in. ‘I’m not going to lie, it’s been tough. Right now, I’m not used to it. It is what it is.’ O’Brien liked what Price could bring to the Pacers, so he got his shot. ‘I thought our best chance of coming back was with A.J. in the game because he spaces the court, he shoots the 3 and he also needed playing time,’ O’Brien said. ‘I also think he did a nice job.’ O’Brien has sat Collison in the past because he prefers Ford’s experience. Collison’s problem is that he’s still having a difficult time running the offense and playing the type of aggressive defense O’Brien wants. Collison is averaging 13.5 points and 4.2 assists in more than 28 minutes a game.” 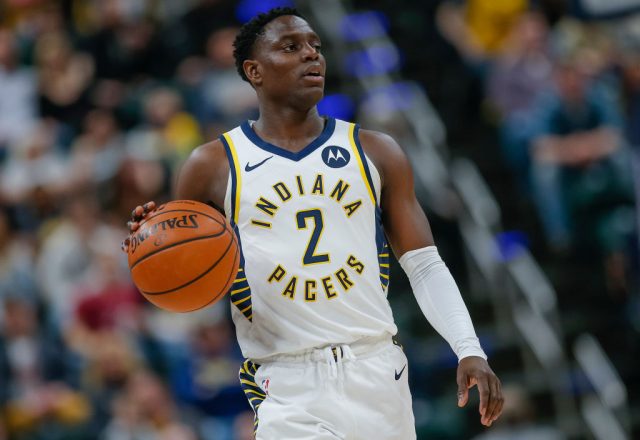