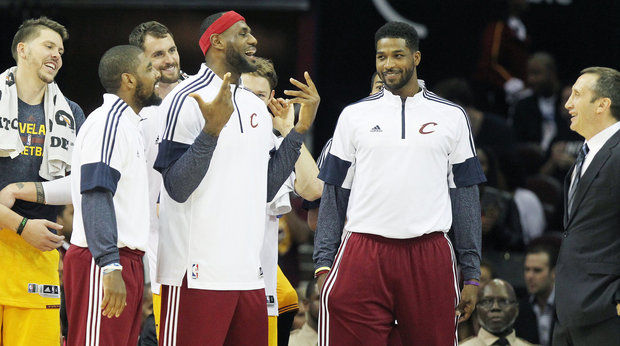 Blatt says that LeBron’s career average of 39.5 minutes per game is too high for his liking, and that he’d like to keep James on the bench a bit longer going forward.

“I don’t have a number but I am cognizant of the fact and we are conscious of the fact that, certainly early on 39 minutes a game is a lot,” Blatt said following practice Sunday. “We gotta keep our wits about us in terms of thinking long term with LeBron.”

James is the league’s active leader in minutes per game and ranks sixth all time. He averaged about 38 minutes in his four seasons with the Miami Heat and last year logged 37.7 minutes – sixth in the league.