David Fizdale Speaks Out Against Confederate Statues in Memphis 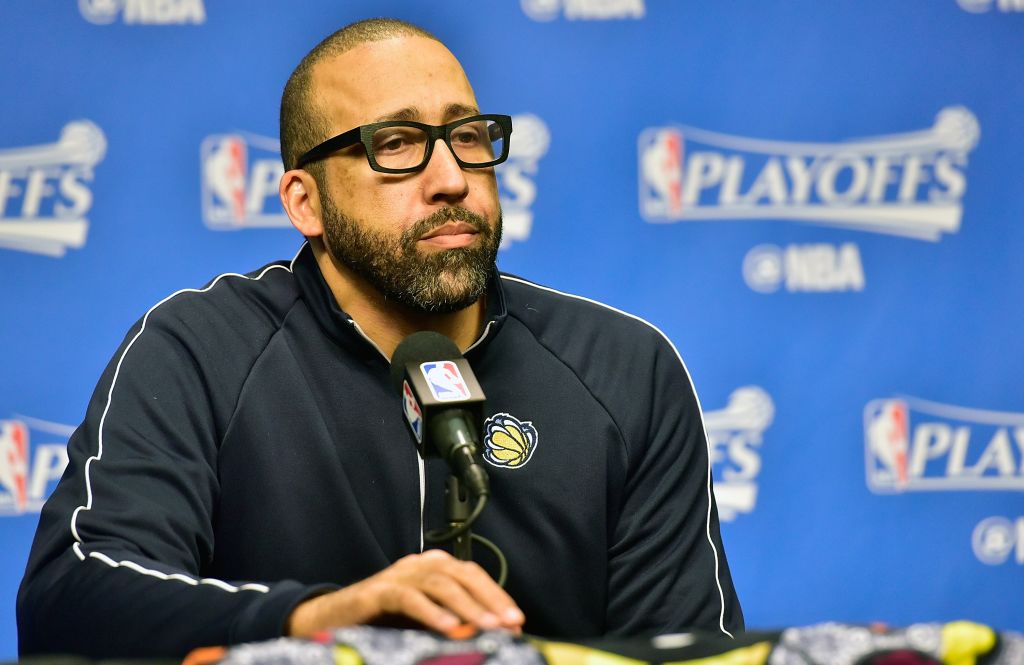 Grizzlies head coach David Fizdale refuses to shy away from addressing the racial history in Memphis.

Fizdale says the city should put its two Confederate statues in a civil rights museum.

3) David Fizdale speaks out on Memphis statues https://t.co/SsoEcK8Hui & 4) your questions in the mailbag https://t.co/FzjNzkGtHF

The Grizzlies organization has not interfered with the coach’s social activism.

So Fizdale spoke out, and continues to speak out, against the presence of two statues in the city — of former Confederate president Jefferson Davis and of Nathan Bedford Forrest, who amassed a personal fortune in the slave trade before the Civil War before becoming a general in the Confederate army, an early scion of post-Civil War Memphis and one of the first members of the Ku Klux Klan, rising to a position of authority in that odious organization.

“My agenda is simple — I want those things out of our city, out of public view,” Fizdale said by phone Saturday.

“I’m not even saying tear them up and melt them down,” he said. “Put them in their proper context in history. Their proper context is in a civil rights museum, where you could put them in context and talk about how awful they were. I just feel our citizens should not have to see that involuntarily. You have Sun Studios (where Elvis Presley and other early rock n’ rollers cut their records) on one side of the (Health Services) Park and the University of Tennessee Medical School on the other side. How is that a good look, with people eating their lunches down there and people come down to that area to sightsee?”

No one from the team has asked Fizdale to tone it down.

“I think they support me for the most part,” he said. “Obviously, it’s edgy. It makes people uncomfortable. But that’s good. I want people to be uncomfortable. Our owner (Robert Pera), the owner of FedEx, our white owners of all the companies in the city, they’re the ones who have to step up and clean this out of our city. Money talks. What says more than people stepping up and saying ‘we’re not going to have this in our city?’ People have stepped up and bought tickets and supported them. I’m asking them to support us.”