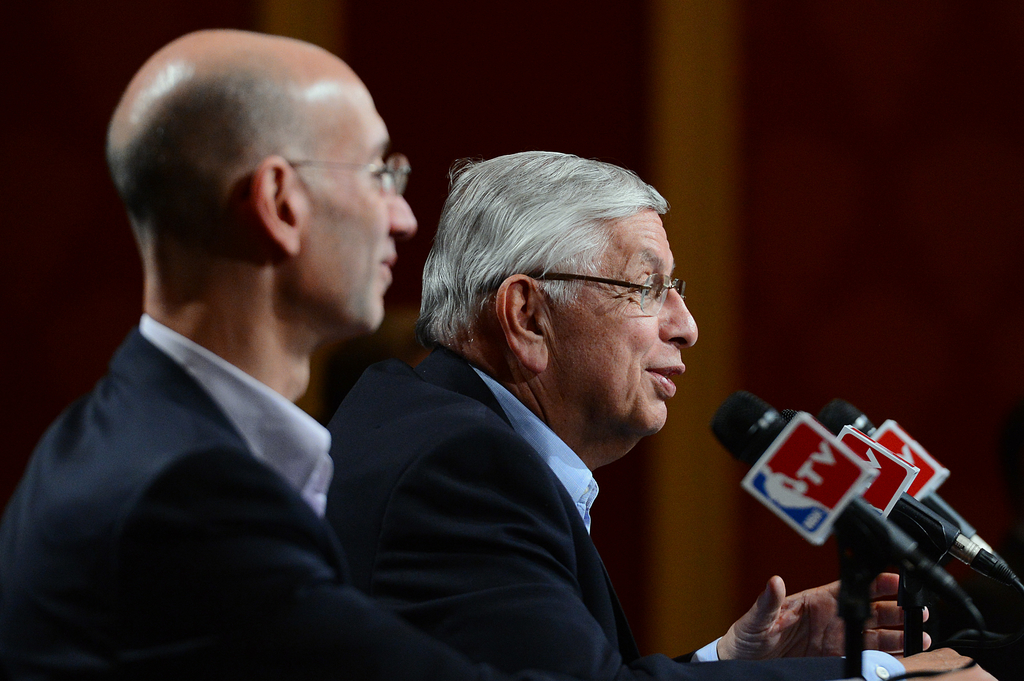 Stern says he is “in awe” of the players and the L’s potential.

Stern now spends his days consulting for a variety of businesses, and says he doesn’t miss the grind of his old gig:

“In addition to the talent, I’m in awe of the shooting skills of Steph Curry, of Klay Thompson, of a (Russell) Westbrook and a (James) Harden, et cetera,” Stern told The Associated Press by phone. “But I’m also in awe of the potential the league has both digitally and globally. So the game is strong, the attendance is at a record, the future is extraordinary internationally and the league is a leader under Adam (Silver) in the digital sphere.

“So it’s really a wonderful opportunity for the owners, for the players, and for my former colleagues at the team and league level.”

Stern still takes some trips overseas on the NBA’s behalf.

“I’m as busy as ever, but not at night,” Stern said. “Nobody calls, nobody goes into the stands, nobody goes after their coach, nobody bumps an official. My life has been purified. I haven’t cut down on vacation. I think I’ve increased them and I love being busy and I love that my work brings me in contact with the sport that I’m such a huge fan of and that I have devoted so much of my life.”