David West Sacrifices $11 Million to Sign With the Spurs 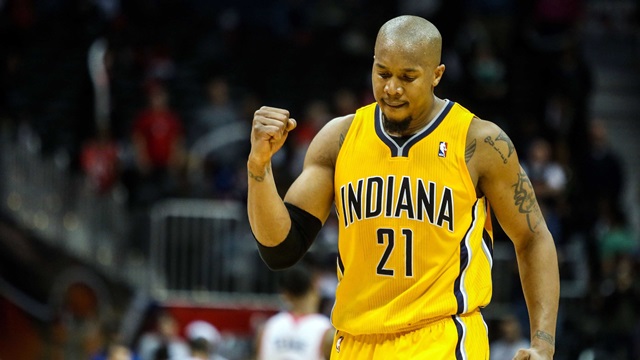 Free agent forward David West left $12 million on the table in Indiana, choosing instead to join the San Antonio Spurs for the League veteran minimum of $1.4 million.

Free agent forward David West has agreed to terms with the Spurs, per league sources.

David West walked from $12M for $1.4M and a chance at a ring. Everybody's not in this just for the money.

West, turning 35 next month, is desperate for a chance to chase a ring with his career winding down, and will certainly get his opportunity with the new-look Spurs next season.

A two-time All-Star, West has career averages of 15.5 points and 7.2 rebounds per game.

The Spurs now have four veteran big men committed to play for them next season: Team captain Tim Duncan, veteran power forward-center Boris Diaw, West and LaMarcus Aldridge, the Portland Trail Blazers All-Star who is due to sign a maximum contract.