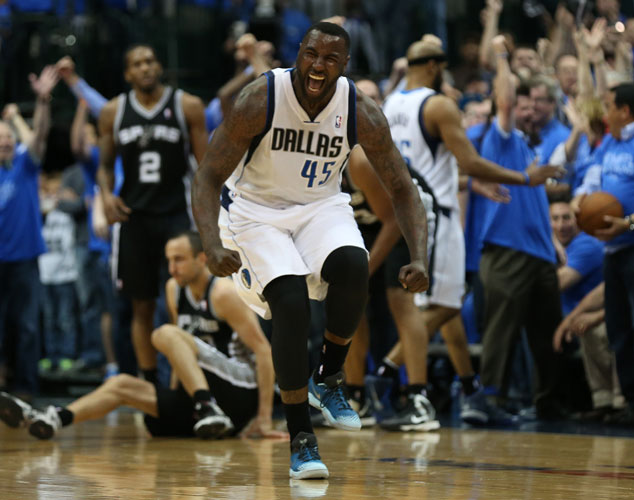 The Dallas Mavericks are shipping veteran forward DeJuan Blair off to Washington in a sign-and-trade deal. Blair, 25, reportedly won’t generate anything for the Mavs aside from nominal draft considerations. Per ESPN:

The Mavericks, sources say, promised Blair that they would try to sign-and-trade him to a new team to help him as much they could financially as a reward for contributions the bruising forward made last season, notably during Dallas’ seven-game battle with the eventual champion San Antonio Spurs in the opening round.