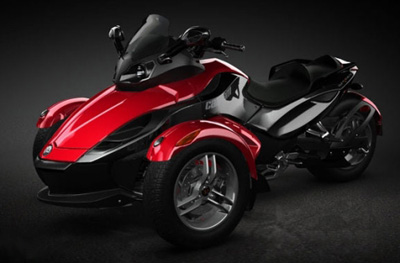 Delonte Maurice West is his full name, and you have to figure it’s being used often. It’s in a Prince George’s Country, MD arrest warrant statement. And his mother definitely howled the dreaded middle name in his ear this morning: “DELONTE MAURICE!!“

Delonte is nothing short of an interesting subject. But he’s usually making noise for his comedy, not for off-court transgressions. But the news is here — Delonte West just got bagged last night for a gun. WUSA, a television station in Washington D.C., reported the story:

Prince Georges County Police say that Delonte West, a starting guard for the NBA’s Cleveland Cavaliers, was arrested at 10PM, September 17, 2009, for possession of two handguns and a shotgun.

Prince Georges Police say West was stopped for unsafe lane changing while riding his Can Am Spyder motorcycle, northbound on I-495 at Central Avenue.

Police say that officers found that West had two handguns and a shotgun in his possession and arrested him. West, police add, was very cooperative.

So that’s the facts. Now… how did he manage to carry a shotgun on this bike (below)?