DeMarcus Cousins is Sorry for Cussing Out George Karl 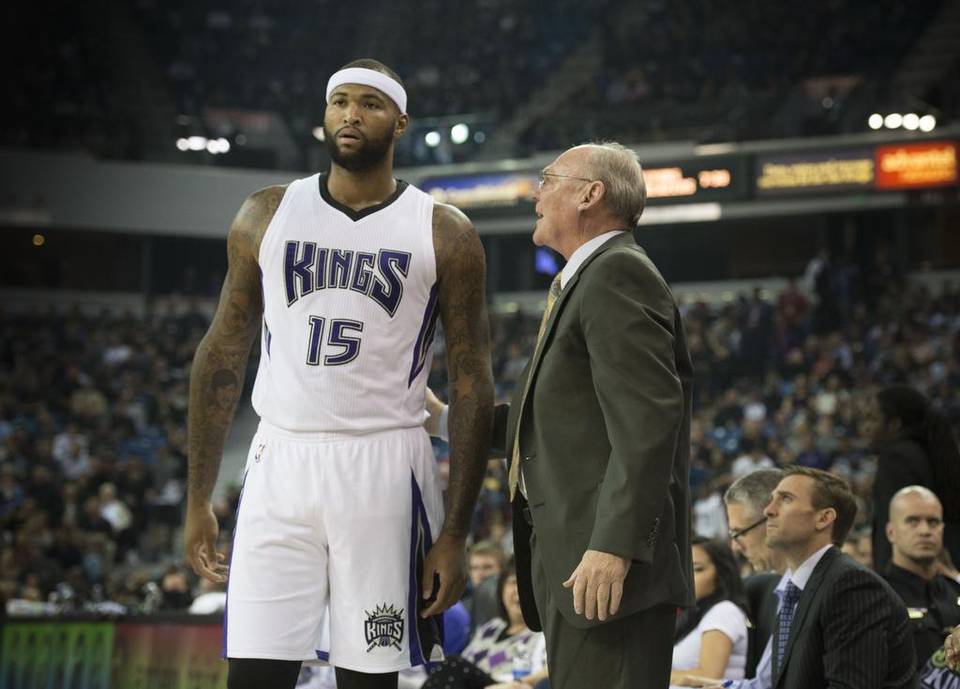 Shortly after the news of his profanity-laced tirade against head coach George Karl broke Wednesday, All-Star center DeMarcus Cousins expressed regret, saying his emotions got the better of him.

The Sacramento Kings then went out and took care of business against the visiting Detroit Pistons, putting an end to their six-game losing streak with a much-needed 101-92 victory.

DeMarcus Cousins apologizes in statement for words after loss Monday and says no one to blame for Kings' struggles. pic.twitter.com/qNg2zHdaqY

Kings GM Vlade Divac tells Yahoo that Cousins' tirade: "Wasn't on George (Karl). He spoke his mind, frustration about 1-7. I'm OK with it."

Vlade Divac cont. to Yahoo: "As an (former) player I know how it's frustrating. It's better to say something and show that those guys care."

Reportedly, Karl tried to have Boogie suspended for a couple of games following his locker room outburst, but was overruled by GM Vlade Divac.

Per the Sac Bee and Yahoo! Sports:

League sources, who did not wish to be identified because they did not have authority to speak on the matter, said Karl wanted to suspend Cousins for two games. General manager Vlade Divac, however, said the coach did not have the authority to do so and would not grant permission, according to the sources.

Divac said he was “OK” with Cousins’ rant and didn’t think it was solely directed at Karl. Divac also said he still believes in Karl, who has a 13-26 record as coach of the Kings. […] “Yes,” Divac said. “Nothing has changed, really.”