DeMarcus Cousins: Joel Embiid Has a Chance to Be The Best Center in the NBA ‘After I Retire’ 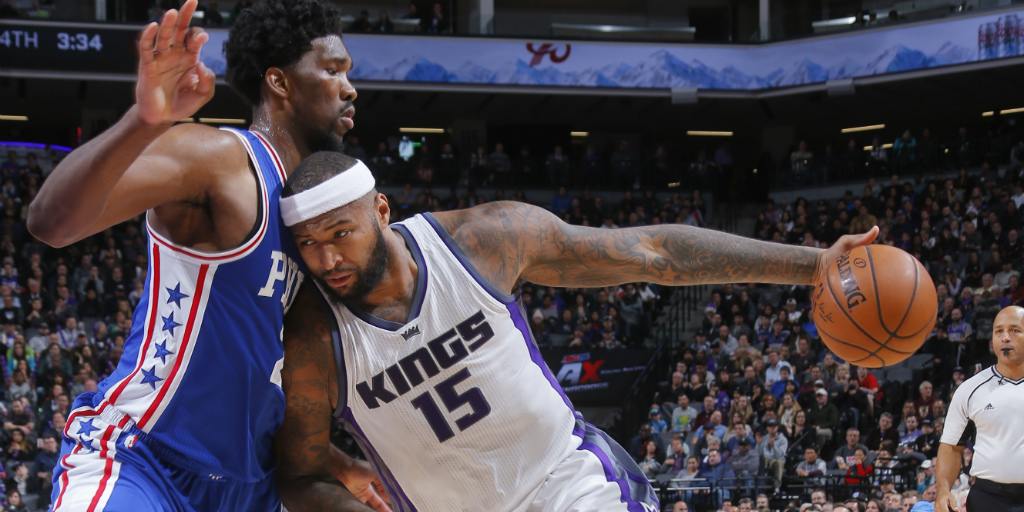 DeMarcus Cousins and Joel Embiid went at it last night in Sacramento and Boogie was offered a glimpse into the future of the big man position in the NBA. Embiid scored 25 points, grabbed 8 boards and blocked 2 shots while Cousins went for 30 points, 7 boards, 5 dimes, 3 steals and 2 blocks to lead Sacramento to a 102-100 win.

During his post game interview, Cousins, who is arguably the best big man in the League right now, praised The Process and said he might one day be the best center in the NBA. But not until Boogie hangs ’em up for good:

.@boogiecousins on @JoelEmbiid: "He got a great chance at being the best big in this League. After I retire." pic.twitter.com/QOe1hl3IcH

The two were having fun with one another throughout the game and were caught playfully slapping each other on the ass as they made their way down the court:

DeMarcus Cousins and Joel Embiid have a big man bromance going on. https://t.co/Xq3LsWWaSV

Cousins continued to shoutout Embiid once in the locker room saying that the Sixers big man will be “scary” when he gets more experience.

“That kid is special, man,” Cousins said. “All jokes aside, I really think he’s a good player. This is my first time ever interacting with Embiid and also feeling how physical he is as well. His talent is through the roof. Once he gets a better understanding of the game, it’s going to be scary.”