DeMarcus Cousins on Kings’ Season: ‘It’s Been a Complete Circus’ 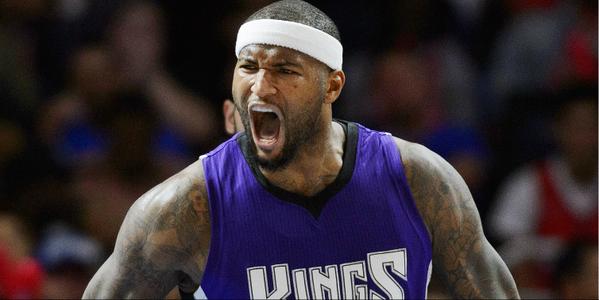 It’s been a complete disaster of a season for the Sacramento Kings. They are 24-45, and have gone through multiple coaches and a ton of front office drama in the first full year under new owner Vivek Ranadivé. All-Star Demarcus Cousins has been a lone bright spot, but DMC isn’t real happy with the way the season has gone.

The Kings got off to a 9-6 start under head coach Mike Malone, but after Cousins was hospitalized with a viral infection, the wheels fell off. Malone was fired, Tyrone Corbin was signed to coach for the rest of the season and then George Karl was brought in midway through the year to replace him.

According to the Washington Post Boogie says it’s “been a complete circus” in SacTown this season. More, from Michael Lee:

“It’s been a circus, man. It’s been a complete circus,” a flustered Cousins said, when asked to describe this season. “We got off to a hot start. Unfortunately, I got sick, so it ruined the look of the team. I take some blame for that. I know for a fact, if I wouldn’t have gotten sick, things wouldn’t have happened the way it happened. It was no way it could. At the same time, a lot of it is not my fault and we all know why. But this has been a disappointing year.”

He just signed an extension through 2017, so Cousins isn’t going anywhere yet, but you have to wonder how much longer Boogie can wither away in Sacramento.