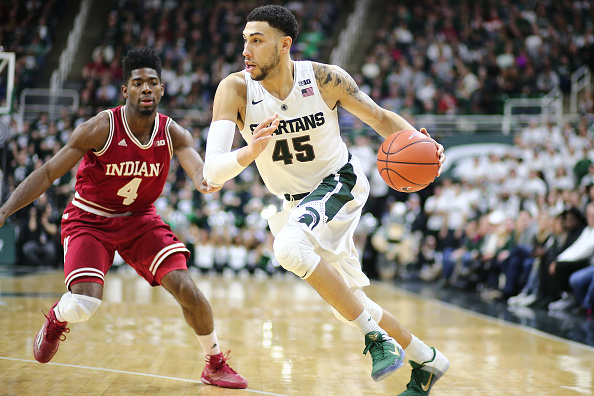 Everyone knew that the voting for all of the various Player of the Year awards would be narrow, but even this is a surprise. Michigan State’s Denzel Valentine beat out Oklahoma’s Buddy Hield for the Associated Press’ POY award by three votes, marking the first time that a Spartan has ever won the AP’s highest individual honor for a college basketball player.

Valentine is the first Spartan to win the award. He accepted the trophy Thursday in Houston.

Valentine received 34 of 65 votes from the national media panel that selects the weekly AP Top 25. Hield was the only other player to receive votes. Hield and Valentine were the only unanimous selections to the AP All-America team.