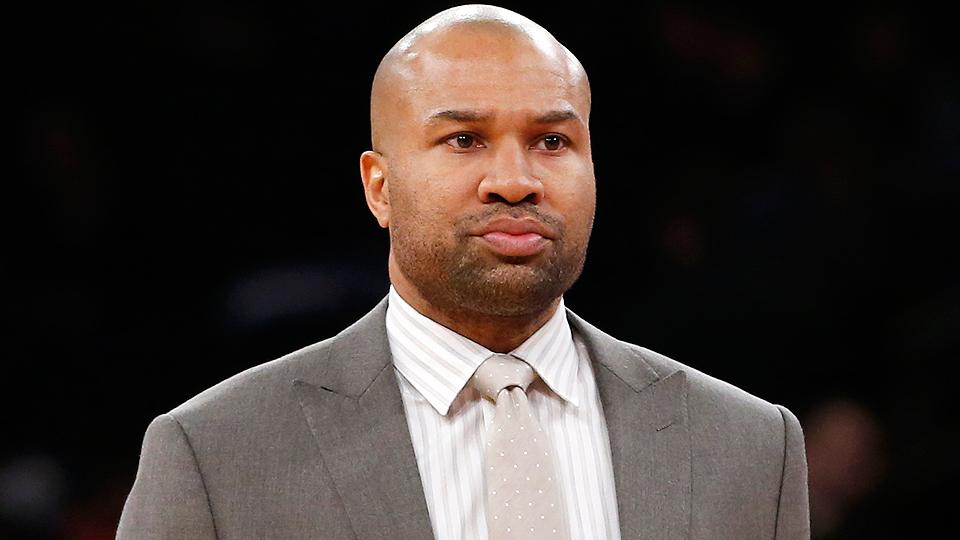 To the outside world, the New York Knicks resemble a slowly-rebuilding NBA franchise, something that head coach Derek Fisher wholeheartedly disagrees with.

Fisher argues that the Knicks are in win-now mode, even going so far as to compare his team to last season’s surprising 60-win campaign by the Atlanta Hawks.

New York struck out on marquee free agents this past summer, but Fisher is confident they have enough talent to compete this season.

“If rebuilding for us is based on the fact that we don’t have a certain caliber of player on our roster quote-unquote other than Carmelo (Anthony), so people assume that we’re rebuilding,” coach Derek Fisher said. “But was Atlanta rebuilding last year when they didn’t have that quote-unquote player on their roster?”

“So it just depends on who your team is and we think that our group, as we figure some things out, will be more competitive than maybe what people think.”

Players such as LaMarcus Aldridge, DeAndre Jordan and Greg Monroe couldn’t be enticed to come to New York, but (Phil) Jackson found interest in another tier of players. The Knicks signed Robin Lopez, Arron Afflalo, Derrick Williams, Kyle O’Quinn, Kevin Seraphin and Sasha Vujacic, players who don’t stand out individually but might fit nicely on a team. […] ”We want to win, so we didn’t go out and sign six rookies,” Fisher said. “We signed quality veteran players because we’re trying to win right now.”