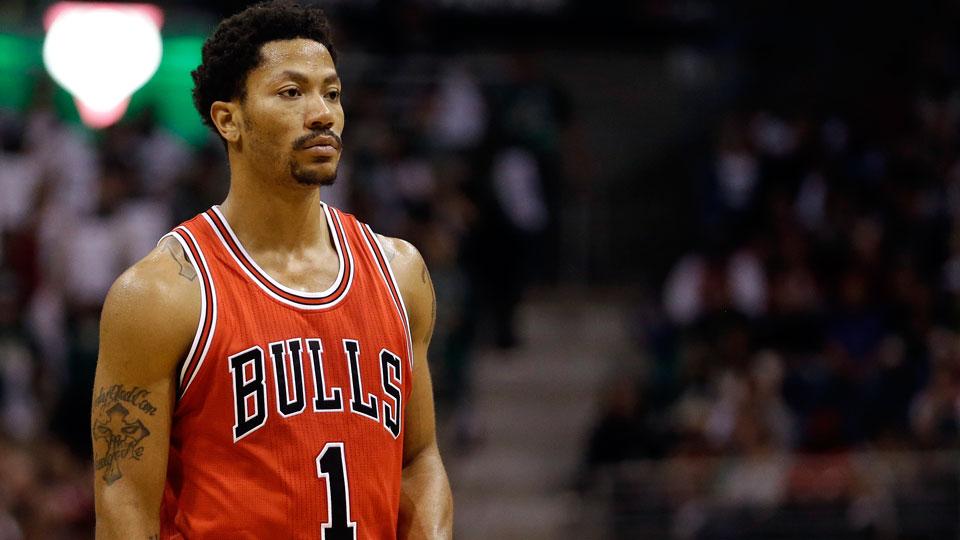 Initially, Derrick Rose was only supposed to be out for a couple of weeks following surgery to repair a fractured left orbital bone.

According to Chicago Bulls head coach Fred Hoiberg, however, Rose will “most likely” miss all eight preseason games, and there are now doubts about his availability for the Oct. 27 regular-season opener against the Cleveland Cavaliers.

Hoiberg said Rose "most likely" will miss all 8 preseason games. Opener not ruled out but in jeopardy.

DRose was at the game last night. Could barely open his eye.

Rose was spotted at the Bulls’ training facility Tuesday shooting free-throws; he’s expected to re-join team practices in about a week.

“They still want him to be a little bit careful just with the swelling, make sure that his vision is back to where it’s supposed to be, to where it was before he got hit, before they want him to get anything going on with his blood pressure spiking is how I understand it,” coach Fred Hoiberg said following Tuesday’s practice. “So he’s probably at least a week away from that happening to where he’s able to get out and work up a sweat, and then hopefully it’s full go from there to where we can get him out into some contact drills, get him back out there running our offense, and hopefully get him ready to play. So I think it’s still yet to be determined if we’re going to have him for the opener. But the good news is he’s progressing, he’s getting better. His vision is getting better, and hopefully we’ll get him back soon.”

The Bulls open with a back-to-back scenario and three games in four nights. No definitive decision on Rose’s status for the regular-season opener has been made. But a conservative approach has taken hold for all preseason injuries.

“He really hasn’t done anything and that will be a good two or three weeks where he has total inactivity, so just to throw him back out there going 100 percent with his speed and everything, you just don’t want to take any risks where it could be a lingering issue,” Hoiberg said. “It’s a long season, you know, 82 games and hopefully playoffs. You want to have Derrick there for the majority of that. Again, we will take a cautious approach with it, but if he’s ready, he feels good, and our trainers and doctors feel good then we’ll throw him out there.”