Report: Derrick Rose Would Take Paycut To Remain With Knicks 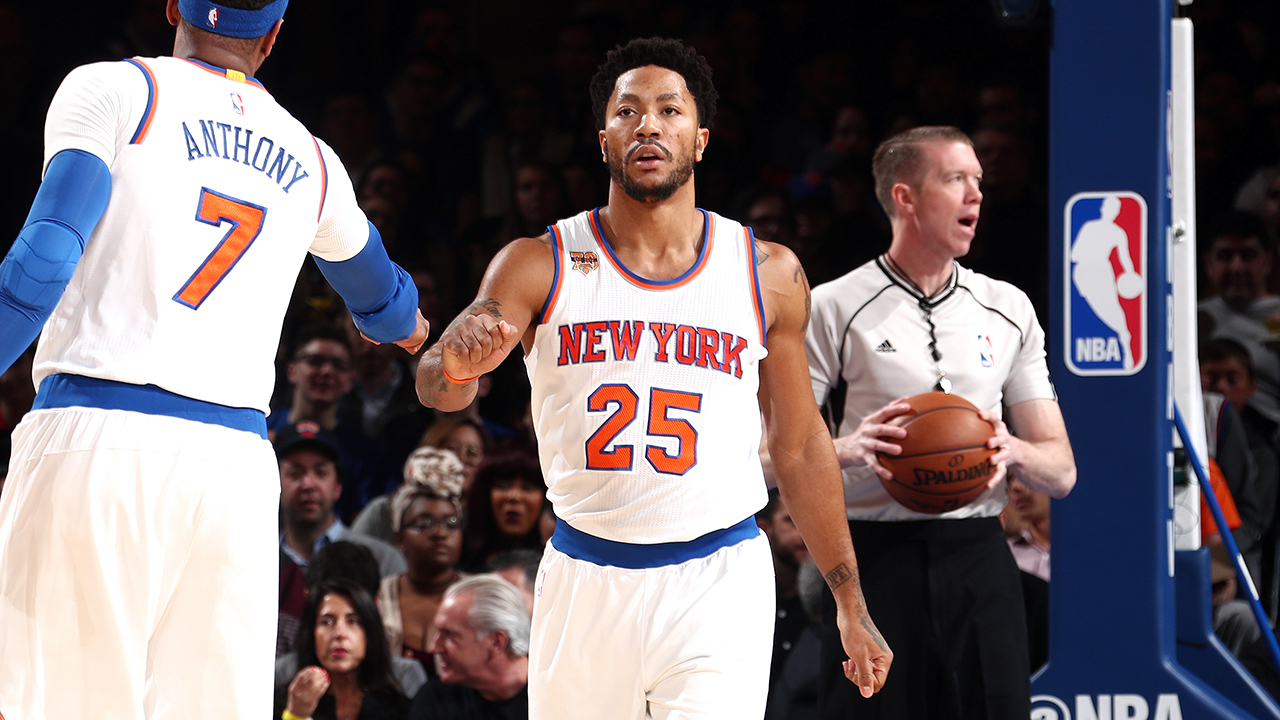 Free agent guard Derrick Rose is reportedly interested in re-signing with the New York Knicks, even if that means taking less money.

Rose, 28, is “healthy and working out” after undergoing knee surgery in April.

Via Yaron Weitzman for Bleacher Report:

“Derrick loves New York and wants to be there,” Rose’s agent, B.J. Armstrong, told Bleacher Report recently. “We’ve expressed that to them and been very consistent about it. Whether it happens is on them; all we can do is be clear.”

Armstrong said Rose, who underwent surgery to repair a torn meniscus in his left knee in April, is healthy and working out. He also insinuated that Rose would be willing to take a pay cut (he made $21.3 million last year).

“In the end, we want to explore everything—if you’re going to compete, you clearly need a number of [top] players, so let’s figure that out,” Armstrong said. “We want the best team possible. That’s it. All the other stuff, if the team wins, everyone wins.”

RELATED:
Derrick Rose: ‘The Rebuild Could Be Me Going, Too’