Derrick Rose Says He’ll Return Before End of the Season 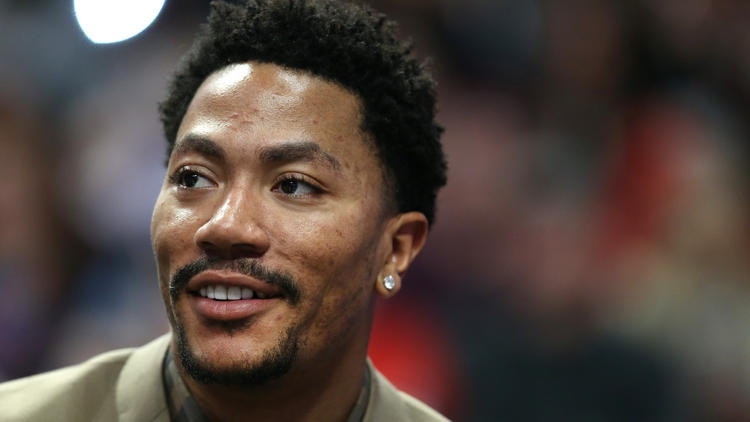 It took a while, but the Chicago Bulls and Derrick Rose are now speaking the same language — Rose says he’s not worried about returning to action before the regular season ends.

The superstar point guard underwent a minor procedure on his right knee Feb.27—a small piece of his right meniscus was removed—and expects to be cleared for contact by team doctors in the coming days.

“Oh yeah, I’m not worried about that,” Rose said. “I’m feeling good. I’m trying to do all the right things. Put all the positives in the bag and just try to go with it. It’s something that I’ve been doing for a long time. Rehab is definitely a grind. But I’m getting used to it.”

“Should be sometime this week or next week,” Rose said when asked about taking contact. “Gotta talk to (Director of Sports Performance) Jen (Swanson) and go from there.”

Rose is doing everything basketball-related with the Bulls, including Wednesday’s morning shootaround at Air Canada Centre, except taking contact. Rookie Doug McDermott, who underwent a procedure similar to Rose’s but doesn’t share his injury history, was activated five weeks and two days after his surgery. […] “It depends on how you take the contact,” Rose said of his return to the Bulls’ lineup. “If I don’t have any setbacks, I would say 1-2 weeks (after being cleared for contact).”