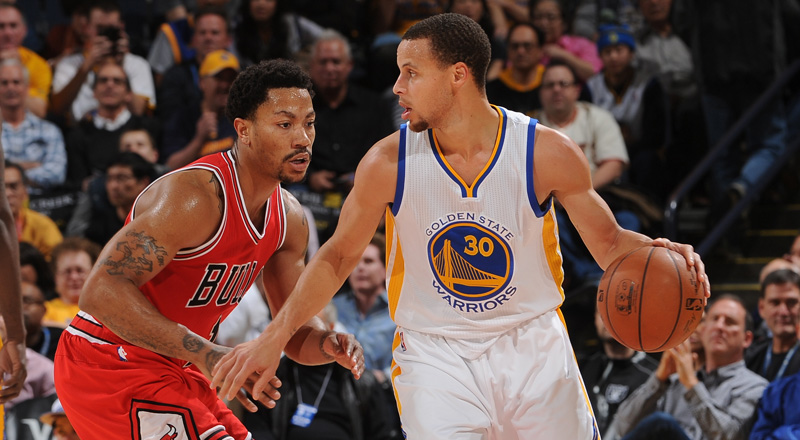 A sprained ankle kept Derrick Rose from suiting up against the Warriors on Friday, but the Bulls guard was full of praise for his fellow MVP.

Rose, who sank an overtime game-winner back in January to give the Warriors their last regular-season home loss, acknowledged that the entire NBA is inspired by Curry’s play.

In 14 games this season, Curry is averaging an NBA-best 33.6 points on an unreal 68.6 true shooting percentage.

On Friday, Rose did what many are doing these days, marveling at the exploits of Curry, whose 34.2 points-per-game average led runner-up James Harden by a whopping 5.4 points.

“He’s amazing, man,” Rose said. “He’s playing great basketball. If anything, he pushes not only me but the whole league to work on their game (with) the way he has been working, the way he has focused and how consistent he has been playing.”