Derrick Rose: ‘Whenever I’m Ready to Come Back, I’ll Come Back’ 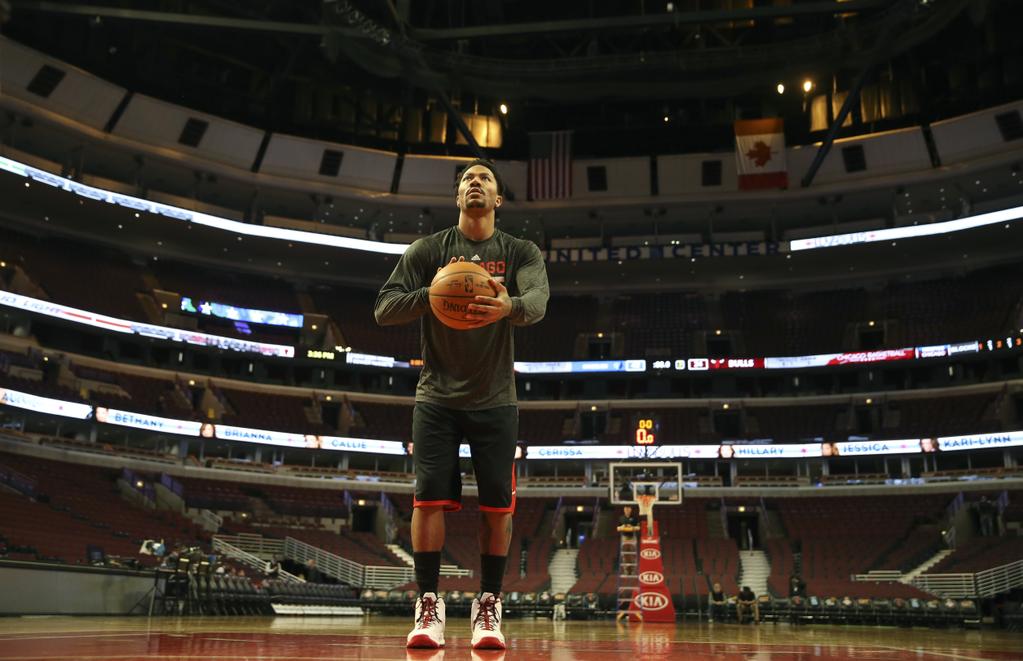 Rose's lack of a definitive public commitment to playing this season contrasts with what he has been saying privately.

Rose took shots prior to the Bulls’ game against the visiting Memphis Grizzlies, and reported that he’s now pain-free.

There’s no firm timetable on his expected return to action.

Derrick Rose offered no assurance that he will return this season, saying there’s a “good chance” but that he’d “listen to (his) body.”

During a 12-minute session with the media before Monday’s game with the Grizzlies, Rose said the whole episode might be a “blessing in disguise” because his right knee is now pain-free. […] “Whenever I’m ready to come back, I’ll come back,” he said.

Bulls coach Tom Thibodeau said Rose, who can’t jump yet but took shots on the United Center floor Monday afternoon, is “right on schedule. This week he will ramp it up some. Hopefully he’ll be able to get back quickly.” […] Asked if he feels pressure to return, Rose replied: “No pressure at all. We have a great team. If anything, my teammates are telling me to take my time.”