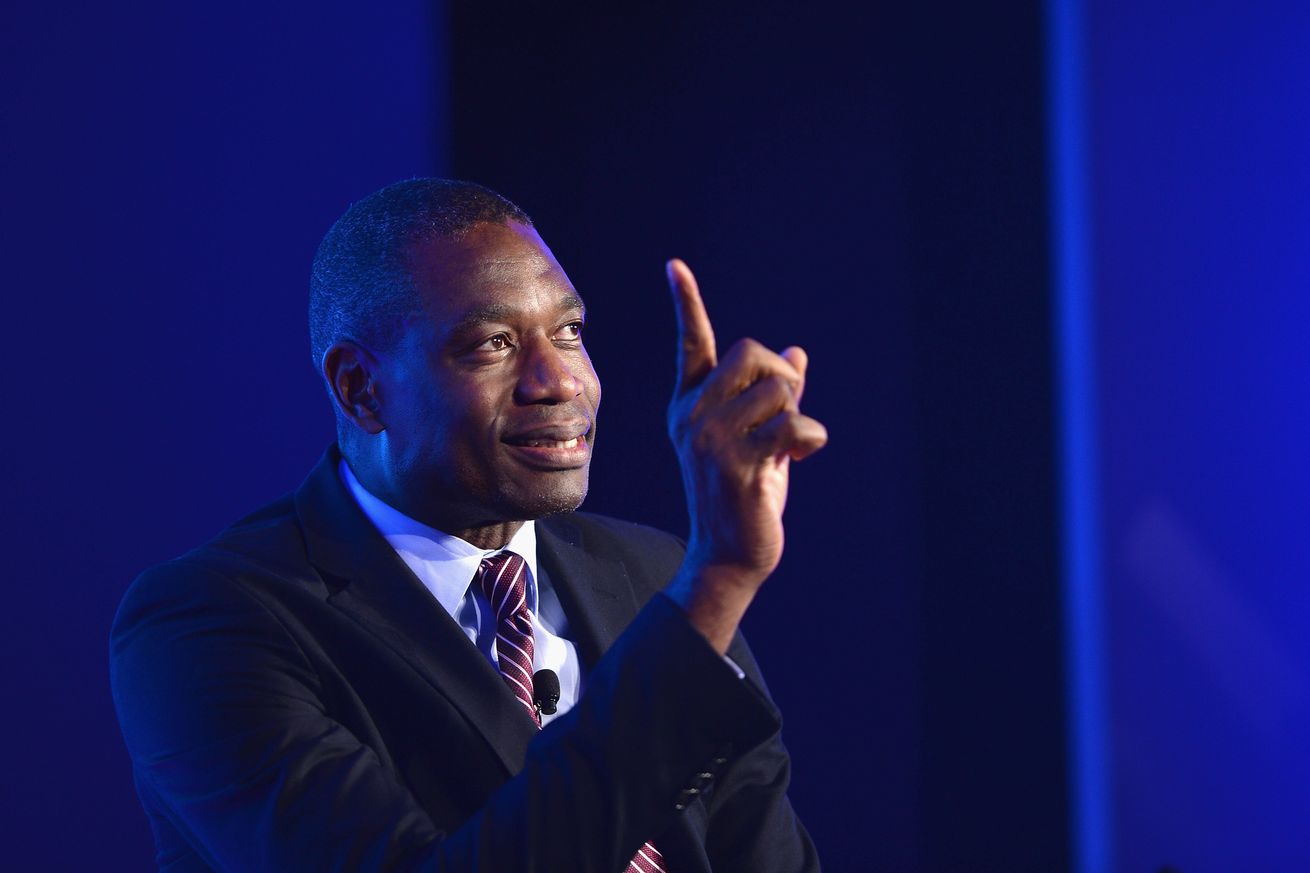 The Philadelphia Sixers won the NBA Draft Lottery on Tuesday night, a surprise to everyone … but Dikembe Mutombo.

The Hall of Fame center sent out a celebratory tweet before it was officially announced that his former squad had lucked into the top pick, but claims that there was no conspiracy at play.

Sorry, guys.Got excited about the @sixers odds and got ahead of myself.Still keeping my fingers crossed for tonight. pic.twitter.com/u6bFaNTJml

Trust the process…. Hopefully the last time we're in the lottery

"My immediate thoughts go straight to the city of Philadelphia. They have been amazing." #PHILAfirsthttps://t.co/0A1FkdN3zL

It turns out that the Sixers sent out a bunch of sample tweets for the NBA’s global ambassador to post beforehand, and he pulled the trigger a little too early:

“I want to let people know there was no conspiracy,” Mutombo said in a phone interview.

Mutombo played for the 76ers during his Hall of Fame career and now works for the NBA as a global ambassador. On Tuesday afternoon, he received an email from the Sixers organization asking him if he would post a congratulatory message on Twitter if the 76ers won. […] The email, obtained by AP, showed some sample tweets that could be used. He copied and pasted one onto his Twitter page — but then immediately sent it.

“It was like maybe 30 seconds, then I realized, ‘Whoa! What did I do here?'” he said. “But it was too late. It was out in the air.” […] The NBA has battled conspiracy accusations since the very first lottery, when the New York Knicks moved up to the No. 1 spot to draft Hall of Famer Patrick Ewing and there was suspicion that one of the envelopes was tampered with so the person selecting would know which one to grab. The league has gone to great lengths to make the event, which is overseen by the accounting firm of Ernst & Young, more transparent, even making a video of last year’s drawing to show how it couldn’t be rigged.