Dion Waiters: ‘I Want to Start’ 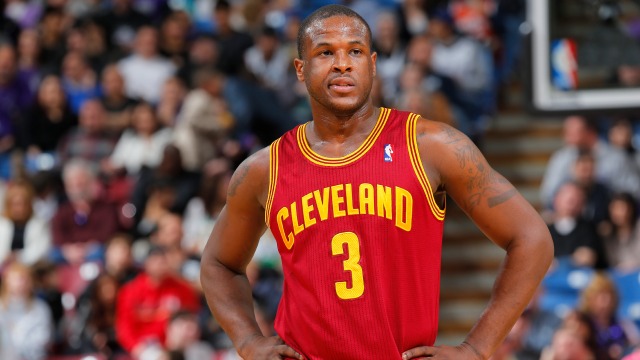 Forget all the LeBron James hoopla. The real intrigue for the Cleveland Cavaliers during training camp, will be the battle for minutes and status between Dion Waiters and heralded rookie Andrew Wiggins.

Waiters, a supremely confident player, continues to insist that he deserves to be the starting shooting guard for the Cavs next season. Per CSNNW:

“I want to start and I believe that I should at the two,” Waiters said.

During Summer League, Wiggins, if retained, says he views himself as a shooting guard rather than a three, which is a smart thing to say considering the position that new guy plays. So, if the roster currently constructed is the roster three months from now, Wiggins and Waiters will be battling it out.

“I just say how I feel,” he said. “I’m going to do whatever is best for the team, of course, but at the end of the day, I’m a man and I’m confident in myself. I’ve always been a guy that gives it right to you. I’ve never been a guy that plays that political stuff. I was brought up that way. I’m straightforward. I give my honest opinion. I’m not going to sit here and hide. They asked a question and I tell you.”