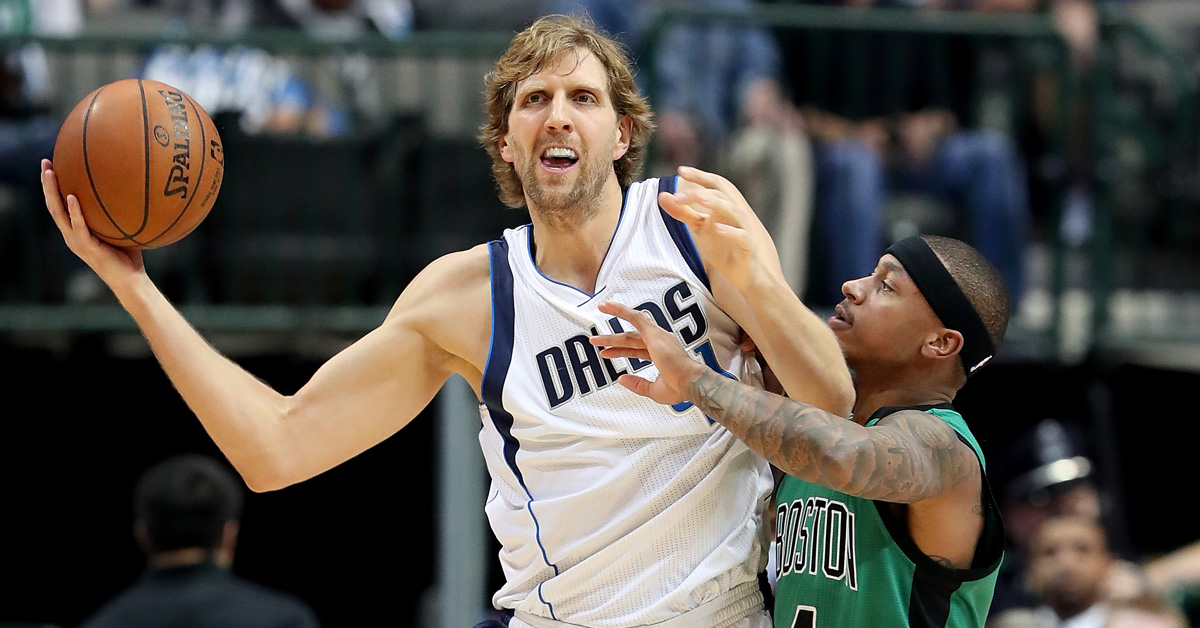 Mavericks forward Dirk Nowitzki is one of the few NBA superstars to have played his entire career for one team.

That type of loyalty to a franchise is rare—especially today—and Dirk thinks he understands why.

In an interview with SirusXM NBA Radio, Nowitzki said that “making money and winning” are more important than loyalty for today’s NBA stars.

Does loyalty still exist in the NBA? Dirk Nowitzki explains how he's been able to stay with the #Mavs for 20 years pic.twitter.com/MV2de0sLZE

“I think I’m old school. I think a lot of the stars now are obviously younger, and the business has changed a bit.” […]

“The new NBA is a little different. It’s about making money and winning and not as much about being loyal anymore.”

RELATED:
Kevin Durant: ‘No Loyalty’ in the NBA