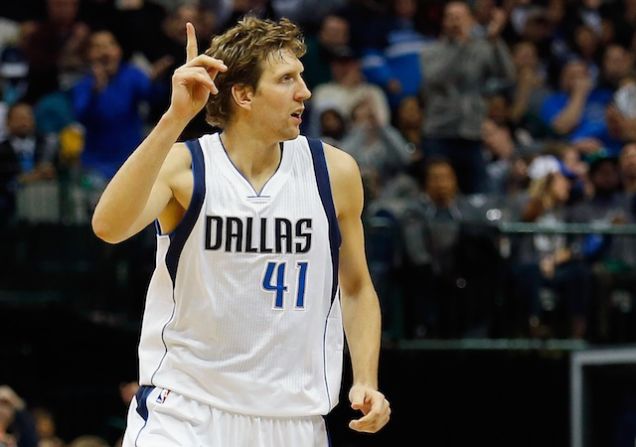 Dirk Nowitzki moved past Hakeem Olajuwon and into 9th place on the all-time scoring list Tuesday night. A jumper in the fourth quarter gave the future Hall of Famer 26,947 career points.

Nowitzki instead joked that his own fadeaway is the “white version” of the Dream Shake.

Per CBS Dallas / Fort Worth:

“It was great,” said Nowitzki after the game. “Hakeem to me is one of the greatest. I grew up watching him in the 90’s — his footwork, his touch was next to no other. Really humbled to keep climbing the ladder. Blessed to stay healthy and still play at a semi-high level.”

“I came up with a shot where I just have to basically lean back, don’t be athletic at all and just hoist it up,” said Nowitzki.

“I came up with my own ‘Dream Shake’ I guess — the white version.”