Doc Rivers Made a Wheelchair Joke After Paul Pierce Was Injured 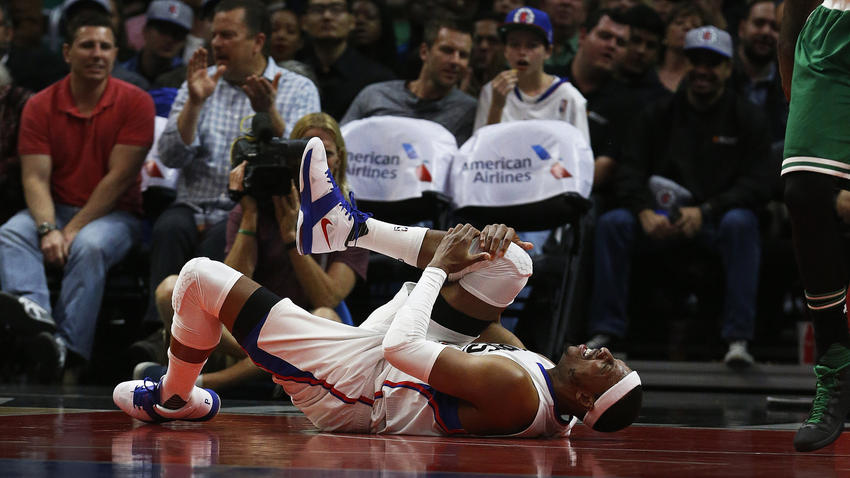 Paul Pierce fell awkwardly Monday night, late in the second half of the LA Clippers’ 114-90 win against the Boston Celtics, and head coach Doc Rivers couldn’t help himself but make a wheelchair joke after it was announced that The Truth suffered a right ankle sprain and right knee contusion.

Paul Pierce is down. Had to be helped off the court by teammates. https://t.co/A7UPMNZl8X

Doc Rivers on Paul Pierce's injury: "Of course, the Laker fans thought he was going to bring out a wheelchair."

Pierce, you may recall, was infamously carted off the floor in a wheelchair during the 2008 NBA Finals when both he and Rivers were members of the title-winning Celtics.

The Clippers have won three in a row, and will soon welcome back Blake Griffin.

There was widespread concern that it might have been the end of a Hall of Fame career, though Pierce appeared to avoid serious injury during the Clippers’ 114-90 thrashing of the Boston Celtics. […] The team announced Pierce had sustained only a sprained right ankle and a bruised right knee, sparing him the cruel fate of having his last game end this way against the team he had long starred for and led to an NBA title.

“Of course, the Laker fans thought they were going to bring out a wheelchair at one point,” Doc Rivers joked, referring to Pierce’s infamous in-game return during the 2008 Finals.

The Clippers hardly seemed undermanned after Pierce’s departure. Chris Paul and DeAndre Jordan notched double-doubles in only three quarters and six players scored in double figures to lead the Clippers (46-27) to a third consecutive victory. […] Pierce finished with eight points, three rebounds and two assists in 11 minutes in what might have been his final appearance against his former team even if he is able to play again this season. The 38-year-old has said he will decide this summer whether to return for a 19th NBA season.