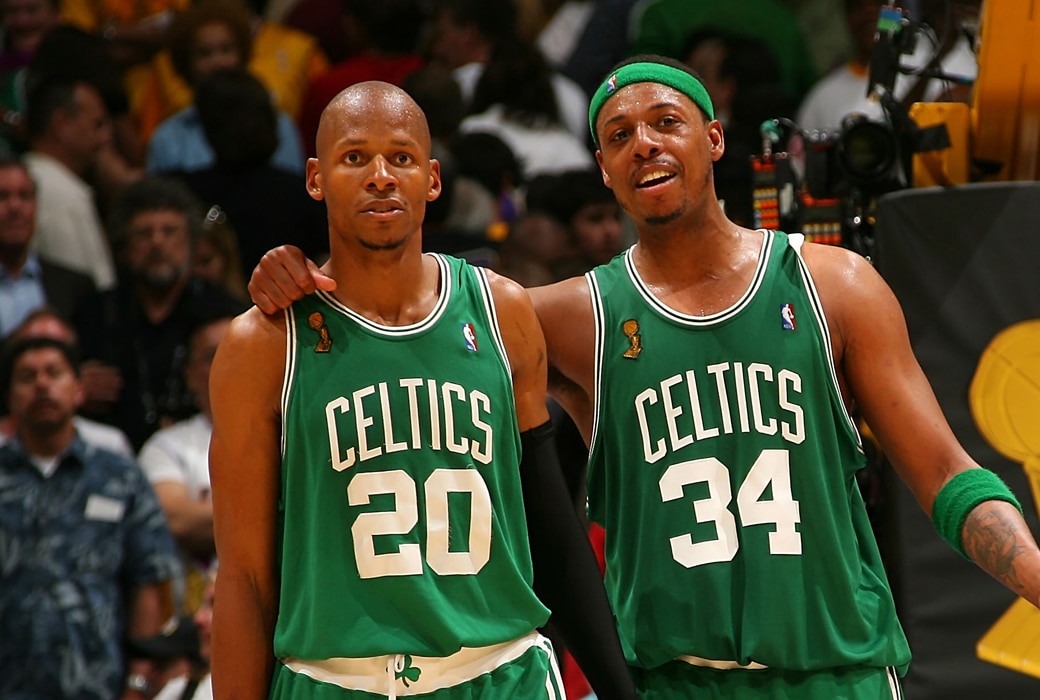 Ray Allen didn’t attend Paul Pierce‘s jersey retirement ceremony because he thought he would be a distraction, according to Doc Rivers.

Rivers said that Allen considered coming, but ultimately thought the focus would shift to him.

From the Boston Globe’s Gary Washburn:

“I did think it would have been great for Ray to have been there. But there’s just angst right now and in Ray’s defense, I know he thought about coming. I can tell you that because I talked to him personally.

“He didn’t know if he should. He didn’t know if it was the right time. He really didn’t want to take anything away from Paul or be a distraction, and he won’t be and what’s what we’ve got to convince him of.

“If he would have been there, the fans would have cheered for him. That will happen eventually. You’ve just got to figure out when.”