Donald Sterling Sues the NBA and His Wife for Fraud 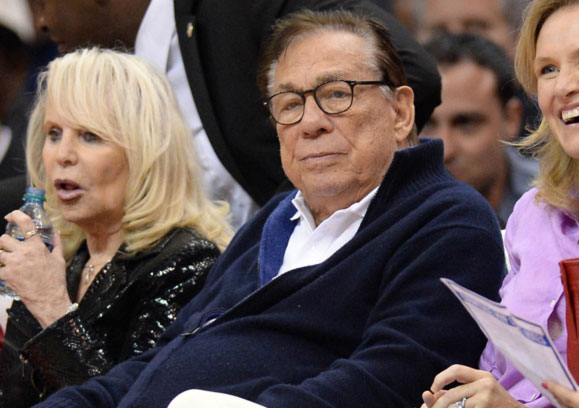 There are now three legal wars raring simultaneously between LA Clippers owner Donald Sterling, his wife Shelly, the NBA and commissioner Adam Silver. Sterling filed suit alleging that he’s been defrauded as a result of the proposed $2 billion sale of the franchise to former Microsoft CEO Steve Ballmer. Per the LA Times:

In a lawsuit filed in Los Angeles Superior Court Tuesday afternoon, Sterling asked for an injunction to freeze the $2-billion sale to Ballmer and for unspecified damages.

The action claims that Donald Sterling’s dismantling of the Sterling Family Trust on June 9 precluded his wife, Shelly Sterling, from taking any action to sell the team. Her moves to have him declared mentally incapacitated and to sell to Ballmer before that relied on fraud, breach of fiduciary duty, breach of contract and inflicted emotional distress on the longtime Clippers owner, his lawsuit contends. […] With his June revocation of the family trust, all of the Sterlings’ assets reverted to their previous ownership state, with Donald Sterling the sole shareholder of the Clippers, the lawsuit contends.

Tuesday’s legal action comes on top of a probate trial underway in a Los Angeles courtroom, in which Shelly Sterling has asked a judge to validate her action in taking control of the Clippers after two doctors declared her husband mentally incapable. Testimony in that case Tuesday included interim Clippers Chief Executive Dick Parsons’ statement that he feared the team could enter a “death spiral” of fleeing sponsors, fans, players and coaches if Donald Sterling remains as owner.