Draymond Green on Carmelo-to-Blazers Hype: ‘Give It a Break’

As Damian Lillard and CJ McCollum have been campaigning for Carmelo Anthony to join the Blazers, some of their message has gotten lost in translation.

While at his basketball camp in Beaverton, OR, on Wednesday, Lillard said “good luck” to any team trying to stop the Blazers with Carmelo (starting at 1:42):

“We can compete with anybody in the West, but I think when you get to those teams like Golden State, if we happen to run into them in a playoff situation now—we getting in the paint, and if they want to help off someone like Melo…good luck.”

Once Draymond Green saw a skewed headline containing Lillard’s comment, he posted this response: “give it a break @damianlillard” 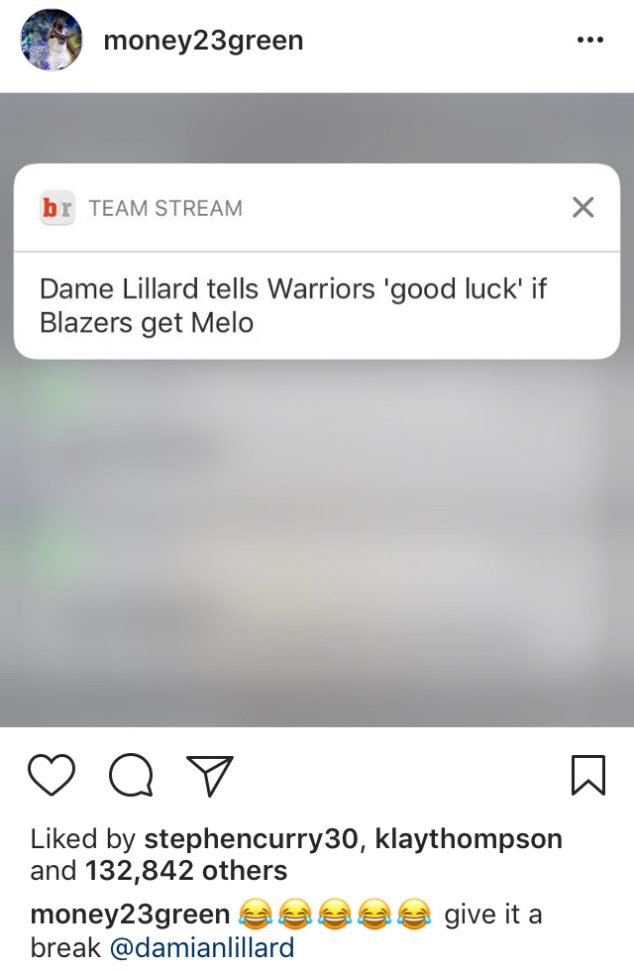 Lillard immediately tried to diffuse the false headline, but it was already too late at that point.

RELATED:
CJ McCollum Says Carmelo Anthony Would Make the Blazers a Top-3 Team in the West

How LeBron James, Carmelo Anthony and Chris Paul Linked Up to Play in the Legendary Battle of I-95 Game