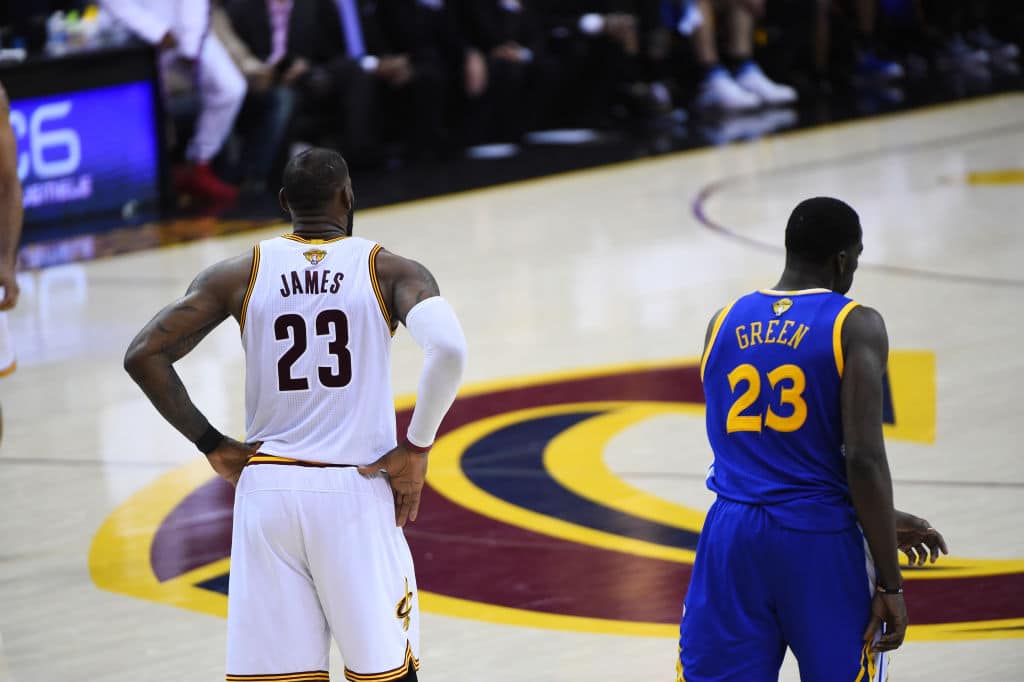 Green says James is playing too many “40 minute nights.”

"LeBron is playing so many minutes right now. … Yeah, he's super human but eventually his super human powers go away, so that would be more of my concern if I'm a Cavs fan." – Draymond Green to @Sam_Amick

James, 33, is currently leading the NBA with 38.1 minutes per game for a Cavs team that has struggled with an 8-7 record.

Would you be panicking if you were one of their fans?

Green: “To a certain extent yes. And to a certain extent, no. I don’t think anyone should be panicking 12 games in, or 13 games in. However, there are some glaring concerns with them. And at the same time, you’re missing a 30-point (per game) player (in Thomas) on the bench who’s hurt. So my concern would be that LeBron is playing so many minutes right now (James, in his 15th season, is leading the league in minutes at 38.1 per game; it’s his highest mark since the 2010-11 season).

“Yeah, he’s super human but eventually his super human powers go away, so that would be more of my concern if I’m a Cavs fan or somebody with the Cavs or a player, is like ‘Man, he’s been playing a lot of 40 minute (nights) and it’s only Nov. 12.’ But I wouldn’t be pressing the panic button just yet. At the end of the day, they know how to win. They’ve got a guy who knows how to win, so I wouldn’t necessarily press the panic button. I would see certain things and I would panic about those certain things, just because…I don’t think nobody should be playing 40 minutes a game in November (James has played 40-plus minutes in six of his 14 games).”