Draymond Green on the ‘Cocky’ Clippers: ‘They Haven’t Done Nothing’ 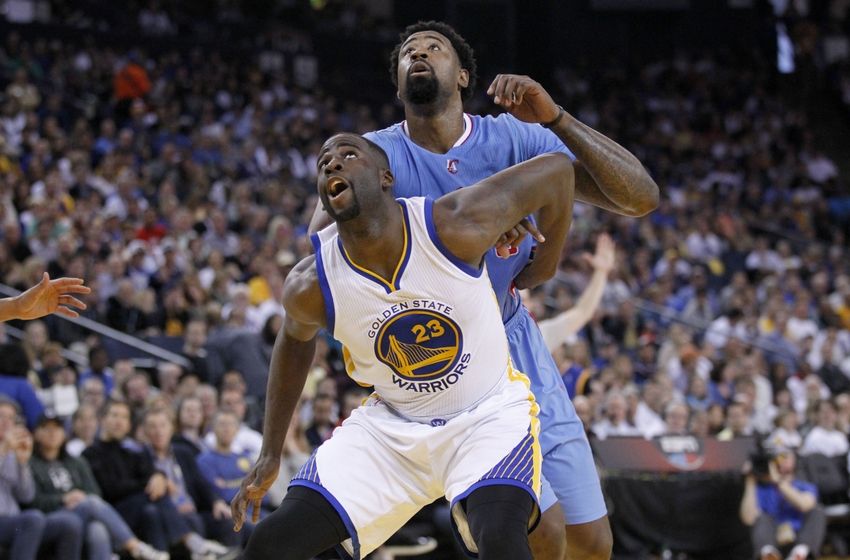 Green, the subject of a sprawling Grantland profile, says the Clips get on his nerves due to their arrogance.

Lol that interview was done about 18 days ago…. Do the math…

The Dubs’ talkative forward clearly enjoys stoking the fire between these two squads:

Green, however, remains bitter about the (2014 first-round Playoff) loss. “At no point in that (game 7) — until the very end when I realized we weren’t fitting to win — did I think they were going to beat us,” Green said. “At no point. I just felt like we were way better than they were.” Green said the Clippers did little talking during the series. “They talked more after than they did during the game,” he said. “You can tell when someone is uneasy about something, [when they] don’t really believe what they’re trying to show [you] they believe.”

And Greens animosity toward the Clippers hasn’t dissipated one bit. This season, he’s had notable altercations with Blake Griffin, Dahntay Jones, and Doc Rivers. […] “They have a cocky arrogance, like they’ve won something, and they haven’t done nothing,” Green said. “They pretty much been to the same spot in the playoffs we’ve been to. But they have this cockiness like you’re supposed to bow down to them. They ain’t proved nothing. They ain’t earned nothing. What respect have you earned?”

But couldn’t any Clippers player say the same thing about Green? […] “I wouldn’t say that, because I don’t expect anybody to bow down to me,” Green said. “Nor do I expect you to respect me. I’m going to earn your respect. When it’s all said and done, you’ll respect me and our team.”