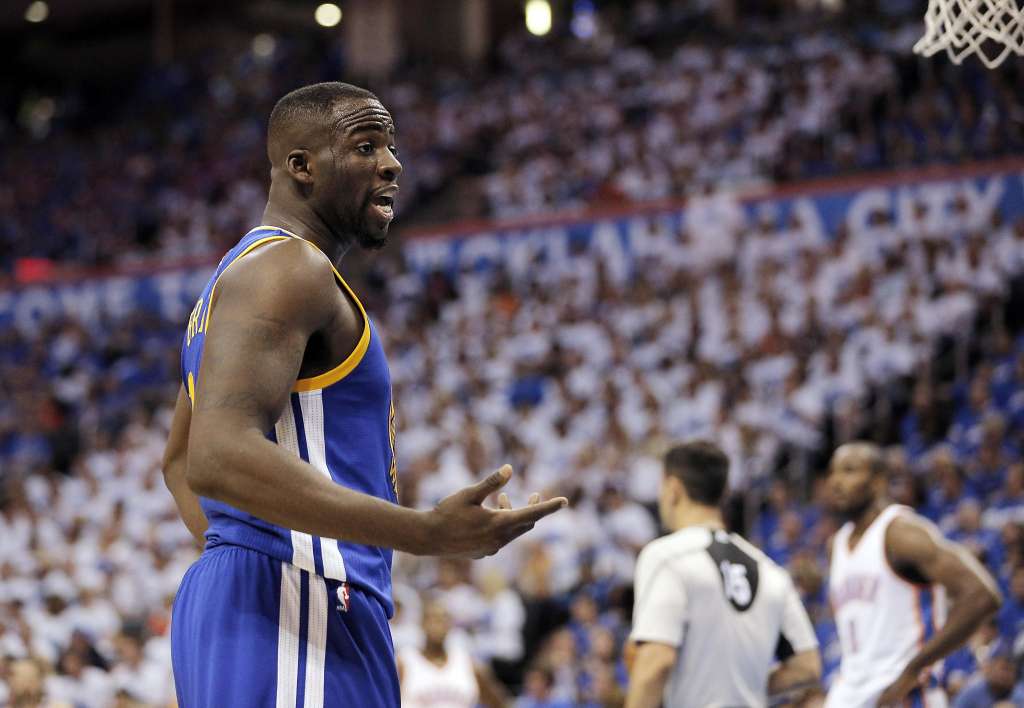 The Golden State Warriors and OKC Thunder continue to wage war on the court and through the media—Draymond Green insists that his controversial Game 3 kick to Steven Adams’ groin was accidental, and took a shoot at Russell Westbrook for suggesting there was intent to hurt the big fella.

Westbrook brushed off Green’s comments, saying the All-Star is just trying to drag others into the mess he created.

Russell Westbrook: "I've never been fined for one flop. I don't know how to flop."

Russell Westbrook on the Draymond comment about him flailing his legs: "He's trying to take the heat off himself"

With the Thunder up 2-1 in the Western Conference Finals, Draymond’s status for the ultra-critical Game 4 remains up in the air.

The first question to Green: What’s it like waiting around for the league’s decision, which is expected sometime Monday afternoon? […] “It sucks,” he said.

“Russell (Westbrook) said I did it on purpose, but he’s a part of the superstar group that started all this acting in the NBA,” Green said. “I didn’t. I sold the call. He caught me that way and I sold the call.”

“I didn’t watch ESPN, but I saw it on my phone,” he said Monday. “Like I said, I see how someone thinks it was intentional. But yet nobody can go in my head and say, ‘Draymond was thinking about kicking him, and he kicked him.’ […] You watch my reaction: I walked back to the three-point line, clapped everybody’s hand and looked at (Adams) like, ‘Why is this dude on the floor?’ All the camera angles out there, they could see that, too. So people are going to judge what they want to judge. But I know I didn’t do it on purpose. Like I said last night, I thought it was going to be rescinded, not facing a (possible) suspension.”

Related
Steven Adams: ‘We Can Beat Them With or Without’ Draymond Green