Draymond Green on Sixers Game: ‘We Definitely Should Have Lost, and it Was All My Fault’ 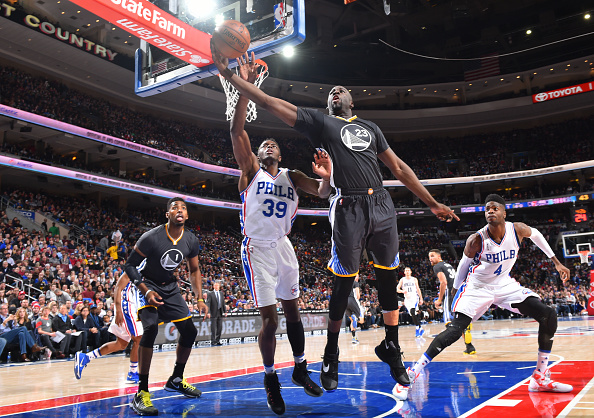 On Saturday night, the Warriors narrowly escaped with a win in Philadelphia thanks to a clutch three by Harrison Barnes. But it was nearly an embarrassing loss, as Golden State crumbled in the second half. Why? According to Draymond Green, much of the blame fell on his shoulders. Green admitted to chasing his own stats and going for a triple-double. Here are the specific quotes, via Ethan Sherwood Strauss of ESPN.com:

Though there was a lot of blame to go around, Green sought to absorb it all. With uncommon honesty, he copped to chasing a triple-double to the detriment of a team effort.

“We definitely should have lost, and it was all my fault,” Green said. “I was selfishly unselfish, if you know what [that] means. And so we started turning the ball over, due to my self[ish] unselfishness, and it was all downhill from there.”

Green then got more specific:

“In other words,” he explained, “I was chasing a triple-double. Coach came to me at halftime like, ‘You better get it in this third quarter, ’cause you ain’t playing in the fourth,’ and it was all downhill from there. So definitely my fault, what went on tonight. Good thing we were able to get the win. Only right I was able to make a play after causing us to be in that position.”

Credit to Green for admitting he was stat chasing and for being accountable for its effects. Still, other players had a hand in the near disaster.