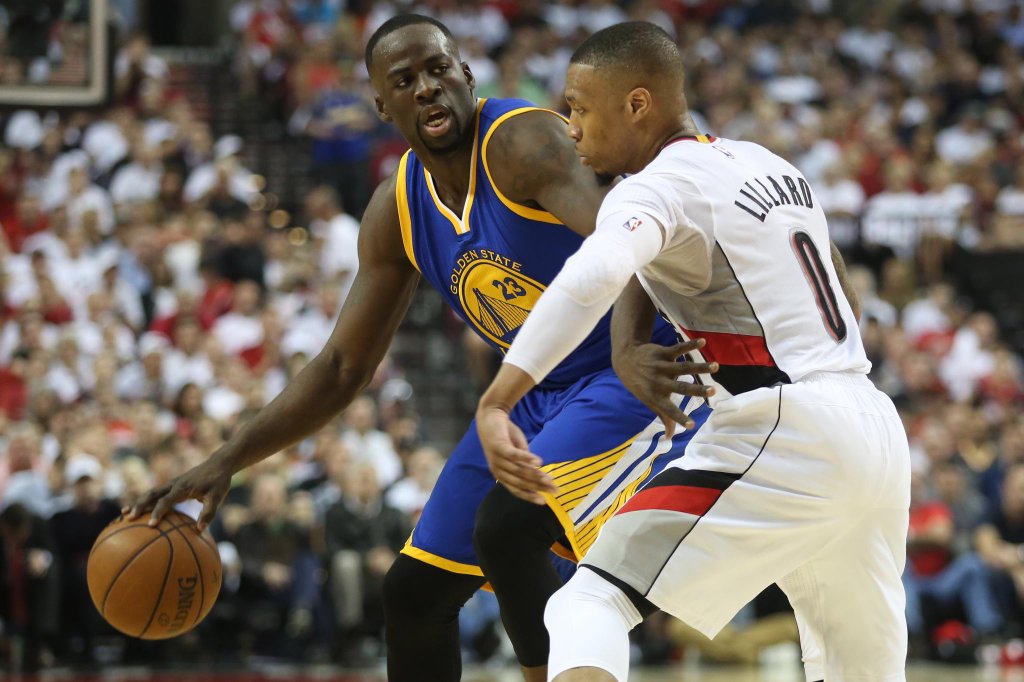 The Portland Trail Blazers, led by Damian Lillard’s 40 points in Game 3, trimmed the Golden State Warriors’ advantage to 2-1 Saturday night in the second round of the NBA Playoffs but Draymond Green expects to head back to Oakland with a 3-1 chokehold.

Green doesn’t think Portland truly believes it can beat the reigning NBA champs (even with a hobbled Stephen Curry.)

Damian Lillard to reporters in response to Draymond Green: "If there's doubts, you don't beat a championship team."

So, Game 4 should be a fun affair.

The bold, candid and fierce talk came on a night when the Warriors lost their defensive intensity for the first time in the postseason. Portland’s 120 points were easily the most Golden State has conceded in the playoffs, and Damian Lillard’s 40-point explosion was the biggest by a Warriors opponent in the playoffs since LeBron James in last year’s Finals.

“If we make them work on the defensive end, Dame [Lillard] ain’t hitting those shots in the fourth quarter,” Green said. “You saw that in Game 2. But he had to work. Tonight was kind of easy on him. We’ve got to make him work on the defensive end so all those shots he’s hitting aren’t going.” […] “I think this was my worst game of the series,” Green said. “[I] had 37 [points], nine [rebounds], eight [assists], and two turnovers. All that’s cute. But I didn’t do what I do for this team. I didn’t lead my troops tonight.”